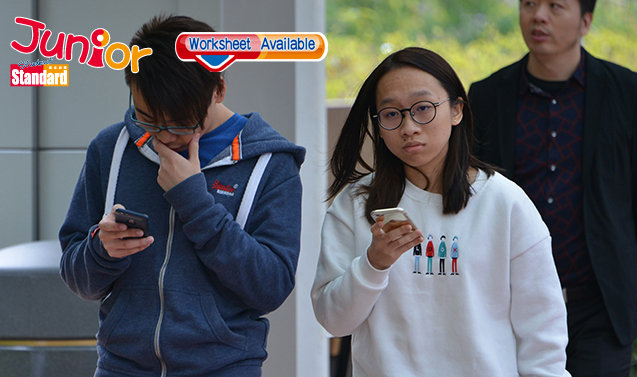 A FOURTH of youngsters use smartphones for at least five hours each day, affecting their rest and academic performance, a survey has found.

One Secondary Five student said he would sometimes argue with his parents over the use of his phone as they accused him of playing video games, when he was actually searching information for academic purposes.

The group encourages parents to set a good example by not using mobile phones for long periods at home, setting rules on using phones with their children, and helping them explore their other interests.

Federation of Parent-Teacher Associations of Hong Kong Eastern District chairman Raymond Jao Ming suggested parents to ask their children what they are doing with their phones in a casual manner instead of questioning them or directly accusing them.

An outreach social worker said most teenagers only read news on social media platforms, restricting their understanding of social issues.

(This article is published on Junior Standard on 7 April 2017)