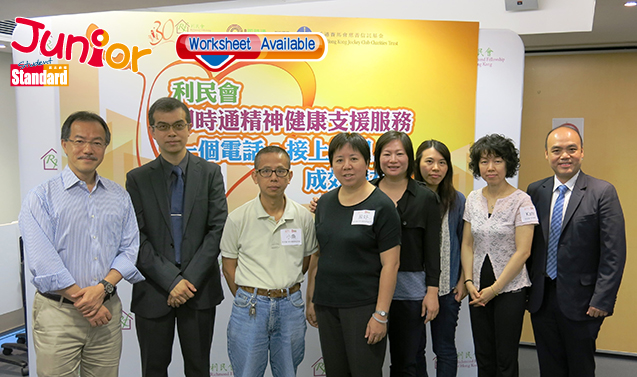 A QUARTER of Hongkongers do not know who to talk to when they feel distressed and almost half do not .nd their mental health condition satisfactory, a survey has found.

The survey by the non-governmental organisation Richmond Fellowship of Hong Kong (利民會) also discovered that younger people are more distressed than others – a .nding that a psychiatrist said is contrary to traditional observations.

The NGO surveyed 281 people and found 43.9 percent of respondents rated their mental health condition as fair or poor, while 25 percent did not know who to talk to when they were distressed.

The survey also found that younger respondents scored higher on the distress scale while the average score decreased in the older age groups. Traditionally, students and senior citizens show better mental health while those in the workforce are more distressed, said psychiatrist Ivan Mak Wing-chit (麥永接). But he has seen more young patients these past few years.

Anxiety disorder and depression are common problems with young patients, Mak said, citing factors such as high academic pressure and a schedule packed with “interest classes that could not arouse their interest”.

Parents today ‘outsource’ their duties, Mak said. “Instead of playing table tennis with their children, the parents choose to hire coaches.” He suggested parents should build a close bond with their children from a young age. Sometimes listening is what emotionally disturbed people need most, instead of medical help, he said.

(This article is published on Junior Standard on 6 April 2017)

How to develop a positive attitude in six easy steps
http://goo.gl/iPSszz