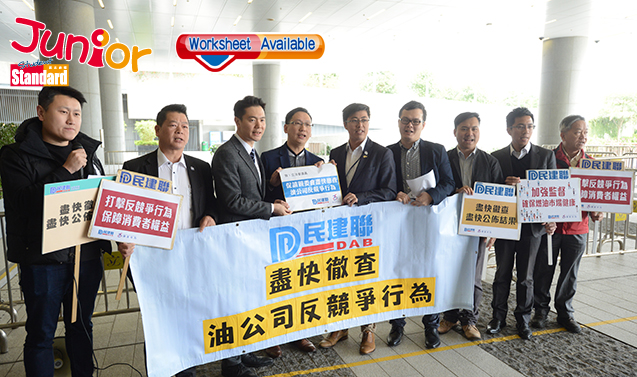 THE Competition Commission (競爭事務委員會) will release a study on petrol prices and competition conditions of the auto fuel market in the next two months amid incessant claims that oil firms may allegedly be operating like a cartel.

The commission revealed the timeline at a Legislative Council economic development panel meeting as legislators expressed concerns that fuel prices “quickly go up, but are slow in coming down”. Lawmaker Holden Chow Ho-ding (周浩鼎) said fuel companies are always suspected to be involved in price-fixing activities.

Commission senior executive director Rasul Butt (高級行政總監畢仲明) said the report, to be released by the end of April or early May, will not only cover petrol prices, but also cover the problems of market structure, such as whether there needs to be more competitors to create better conditions for competition in order to lower prices.

The commission has received more than 2,000 complaints and inquiries. Of these, 130 complaints have been further assessed and 13 percent have proceeded to an in-depth investigation stage. The commission hopes it can commence proceedings in the tribunal for several cases in the first half of this year, said chairwoman Anna Wu Hung-yuk (主席胡紅玉).

About 20 members of the Democratic Alliance for the Betterment and Progress of Hong Kong (DAB) also protested before the panel meeting, demanding the commission look into alleged price-fixing to protect

(This article is published on Junior Standard on 3 April 2017)