Another hot year for Hong Kong 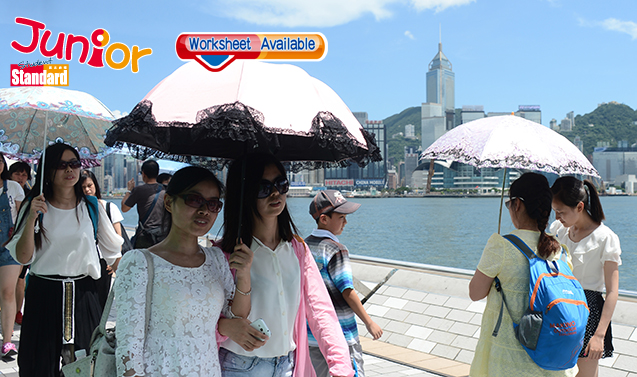 THERE is a 70 percent chance that this year will be among the 10 hottest on record because of global warming, the Hong Kong Observatory (香港天文台) predicts.

Director Shun Chi-ming (台長岑智明) said due to the extreme weather trend, Hong Kong may be affected by heavy rain just like during last autumn when a total of 1,078mm of rainfall was recorded from September to November.

Shun said the current trend shows it is likely the El Nino phenomenon (厄爾尼諾現象) will hit again this year, meaning temperatures in the east and east-central Paci.c Ocean (太平洋) will be higher than normal. He said climate change and its effects are obvious, and he expects the trend to continue with more extreme weather events. “No matter whether you’re talking about temperature or rainfall, trends are .uctuating more than before,” Shun said. “With the ongoing global warming, we expect such extreme weather events and record-breaking weather to continue.”

Last year, Hong Kong was warmer with more rain than usual. The winter of 2016-17 was one of the warmest since records began, with the mean temperature from December to February reaching 18.4 degrees Celsius.

The World Meteorological Organisation (世界氣象組織) ranked 2016 as the hottest year on record, with the average global annual temperature about

(This article is published on Junior Standard on 30 March 2017)

Climate change: How do we know?
http://goo.gl/IMog1Y