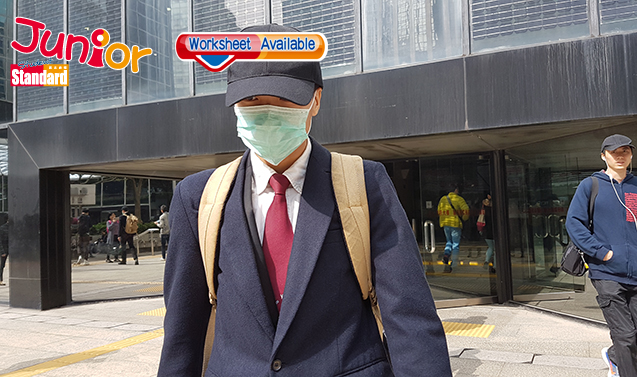 A FORMER student leader and auxiliary policeman was jailed for two years for setting fire to a bin outside the Legislative Council in 2015. The judge condemned his protest action as “stupid, selfish and reckless”.

Joe Yeung Yat-long (楊逸朗), aged 23, who was protesting against the controversial copyright amendment bill dubbed ‘Internet Article 23’ (網絡23條), was earlier found guilty of conspiracy to commit arson by the District Court. His accomplice and lookout, Ip Check-yin (葉卓賢), aged 20, was also sentenced to the detention centre.

Deputy judge Lily Wong Sze-lai stressed the seriousness of the offence, saying it was “purely luck” that no one was hurt. “If it wasn’t for their stupidity, selfishness and recklessness, the police wouldn’t have had to deploy the Explosive Ordnance Disposal Bureau (爆炸品處理課), wasting the force’s manpower and resources,” Wong said.

She said the pair used alcohol, a flame gun and newspaper to set fire to the rubbish bin, adding the spread. “Regardless of how noble their political cause is, they should not resort to voicing their discontent through illegal means,” Wong said.

The sentence also had to reflect the public’s concern, worries and disgust over the case.

The pair carried out the attack on 9 December 2015, soon after the contentious Copyright Amendment Bill (版權修訂條例草案) had its second reading in Legco.

(This article is published on Junior Standard on 29 March 2017)

Suspicions over...
THE government should consider...