HKU drops a spot in rankings 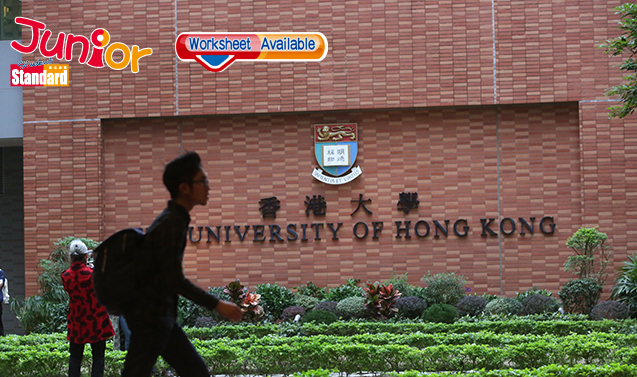 THE University of Hong Kong (HKU, 香港大學) dropped one rung in the Times Higher Education’s Asia university rankings, though three other local institutions moved up. HKU fell to fifth place but remained the top university in the SAR, followed by the University of Science and Technology (科技大學) at sixth – the same as its previous rank.

The three which gained ground were Chinese University (中文大學), from 13th to 11th; City University (城市大學), from 16th to 12th; and Polytechnic University (理工大學), from 22nd to 17th. Baptist University (浸會大學) barely kept its place in the top 50 after sliding from 44th to 49th.

Universities scores were based on their citations, industry income, international outlook, research and teaching. HKU and Baptist, in fact, got higher scores

HKU’s score for international outlook was the second highest, but in citation – indicating the in.uence of the university’s research – it ranked 13th, reducing its overall score.

Nanyang Technological University (南洋理工大學), which was No 2 along with Peking University last year, dropped to fourth, behind Tsinghua University of China (清華大學).

Six mainland universities were in the top 20, compared to vive each from Hong Kong and South Korea.

(This article is published on Junior Standard on 23 March 2017)