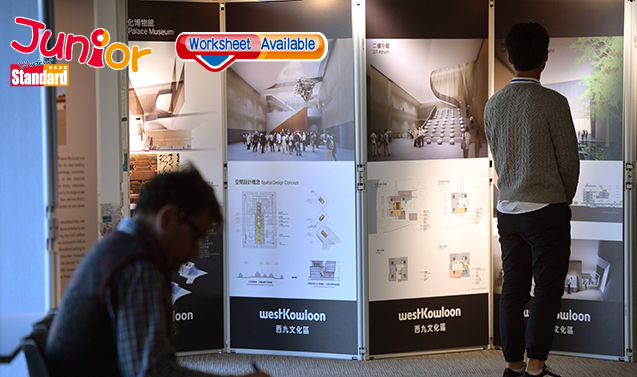 PUBLIC consultation on the Hong Kong Palace Museum (香港故宮文化博物館) to be built at the West Kowloon cultural hub ended with opposing sides still as wide apart as ever.

A pro-democracy group petitioned against the project for the lack of public consultation before it was announced as a fait accompli in December. The biggest pro-establishment party defended it, with a poll showing more than half of people it surveyed backed the plan.

The survey by the Democratic Alliance for the Betterment and Progress of Hong Kong (民建聯) found 61.2 percent of respondents approved of construction of the museum and 33.5 percent were against it.

Pro-democracy cultural watchdog ARTicipants handed in a petition signed by 621 people demanding the disputed project be called off until the public had been properly consulted. The group said the authority should relaunch a consultation, set up unbiased questionnaires and launch public hearings to let residents effectively express their expectations of the museum.

Public consultation on the project started on 10 January for six weeks, but was extended by two weeks to 8 March. The Hong Kong Jockey Club will pay for the project’s capital costs and the West Kowloon Cultural District Authority (西九文化區管理局) will pay operational expenses.

(This article is published on Junior Standard on 15 March 2017)