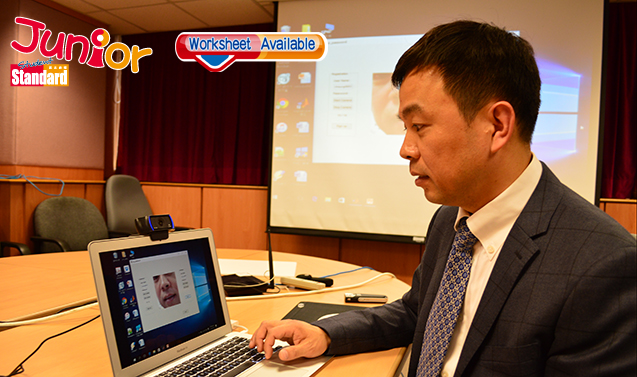 A LOCAL university has invented an identity verification technology named ‘lip motion password’ which will provide dual security for users of digital systems.

The technology was dreamed up by Professor Cheung Yiu-ming (張曉明) and his team at Hong Kong Baptist University (香港浸會大學).

The technology can capture and distinguish the lip movements of a user speaking a password. A selected short phrase can be registered in the system by repeating it 10 times in front of a camera.

It can also be used with existing identity authentication systems, such as fingerprint and facial recognition software.

The new technology verifies the user’s identity by using data registered about the visual features of the lips, including their shape, texture and movements, which are unique to every individual.

“It is a combination of biometric data and traditional password. Static biometric data such as fingerprints and facial recognition can be cheated with fake .ngers, masks or photos; and people forget their passwords sometimes,” Cheung said.

The shortfall, however, is that the system can be affected by the image resolution and the brightness of the environment.

(This article is published on Junior Standard on 13 March 2017)