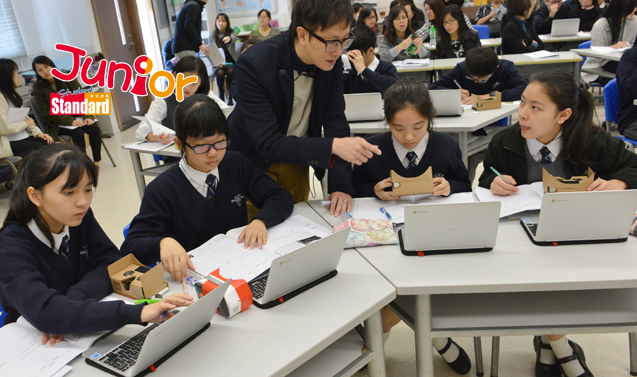 THE government is often criticised for not providing enough resources for education compared to other governments overseas. Chief executive (CE) contender Carrie Lam Cheng Yuet-ngor (林鄭月娥) proposed an extra $5 billion a year in education spending, while another hopeful, John Tsang Chun-wah (曾俊華), pledged to raise it to four percent of the GDP. The education issue has thus become one of the highlights in this CE election battle.

No matter what differences various politicians hold in belief and strategy, they cannot deny that education is an important investment and a ladder in a knowledge-based society. It is not only a human basic right, but an ‘investment’ with long-term returns. However, the fact is that the digital divide in the current education system needs to be narrowed so that students, rich or poor, can develop their potential and reduce cross-generation poverty.

EDUCATION is a vital part of society. Even when people were tightening their belts after the Asian Financial Crisis, the government’s expenditure for education only increased. Yet for all the money being promised by each CE hopeful, education is still held back by technological issues such as inadequate computer hardware. A concern group released a report on children’s online learning needs. The study, which interviewed 212 households, including 352 low-income school children, found that over 80 percent of them have to do their homework online. Even kindergarten students have to spend two hours every week on average while primary and secondary students put in three hours.

Over 80 percent of the students interviewed had difficulties doing online homework, mainly because of slow internet connection, no printers, etc. Currently many primary schools require students to have tablet computers in the early years of study, when some families can only afford second-hand computers, and others only have one computer for the entire household. The study shows that these diffi culties lead to the students interviewed being unable to hand in their homework. Over half of them felt less interested in learning, which affects their performance and prevents them from using their knowledge to close the poverty gap. Some universities try to help by arranging the purchase of inexpensive computers for their students.

With computers appearing even in kindergartens, they have become indispensable for children. No matter who becomes chief executive, more resources must be put into online learning to help students learn and compete on a fair level.

(Published in the Sing Tao Daily on 21 February)