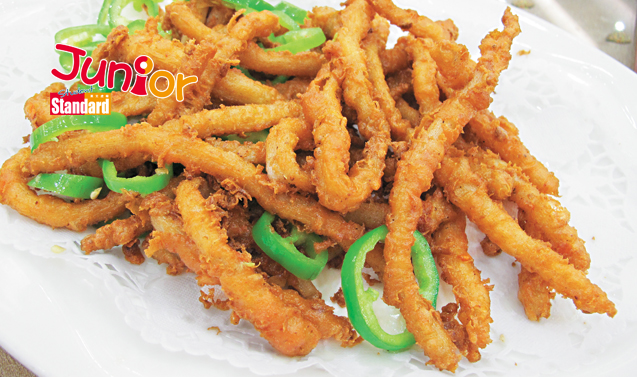 The mere thought of eating insects makes many of us queasy though people in some parts of the world regard bugs as delicacies. But as populations rise, there might come a time when insects could be life savers.

Are insects the answer?

Food might become scarce in the future and we might have to eat insects for nutrition. Some might cringe at this thought, but it is not that farfetched in many countries including China, where bugs are just another crunchy ingredient.

MS Huang, who hails from Yunnan (雲南), China, runs a rice-noodles joint here in Hong Kong, where insects are on the menu. She offers bee pupae, silk worm pupae, bamboo worms, grasshoppers and golden cicadas, all served fried and seasoned with salt and pepper. The insects are caught in Yunnan where they frozen and flown to Hong Kong. Acquiring supplies costs quite a pretty penny.

Very few people in Hong Kong eat insects. Huang said most of her customers got their first taste of bugs in the mainland and call at her restaurant for an exotic second helping.

Compared to Hongkongers’ conservative palates, Westerners, Japanese and South Koreans are more adventurous. They make a beeline for Huang’s restaurant where silk worm pupae is popular. One time, a Belgian (比利時人) had a long discussion with Huang about insect eating and gave her two jars of bugs.

But the world is not confi ned to Hong Kong. All over the world, eating insects might not just be fad but maybe a future nexessity.

Advantages for the world

INSECTS look disgusting but their nutritional value has been underestimated. A report by the United Nations’ Food and Agriculture Organisation (FAO, 聯合國糧食及農業組織)outlines the benefi ts of eating insects and suggests that it is the solution to a global food crisis.

BUGS contain a lot of nutrients like protein, fat and vitamins. Research shows that there are 40 grams of protein in every 100 grams of fried Mexican grasshoppers, compared with 25g of protein in beef of the same weight.

THE livestock industry is blamed for contributing 18 percent of the world’s greenhouse gas emissions. Insects cause eight times less gas emissions for the same amount of protein from cattle. Insects also take up less land.

INSECTS do not need much food and reproduce quickly. This is cost-effective compared to raising cattle.

NEARLY 800 million people in the world are suffering from chronic hunger and malnutrition. Most of them live in South Asia and Sub-Saharan Africa. Critics say if the developed world does not waste so much food, there will be enough for everyone. But if habits do not change, and demand for food grows, insects might be the answer.