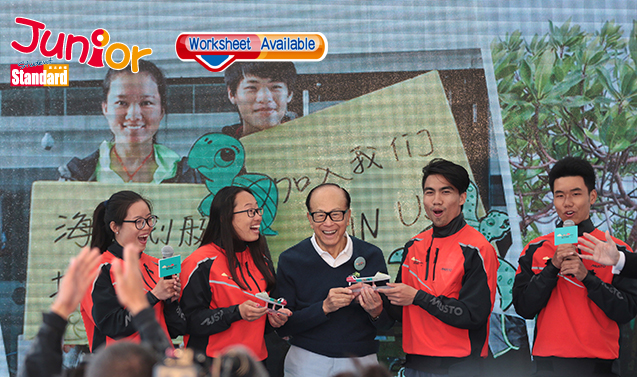 The team of 20 Shantou University (汕頭大學) students – 10 men and 10 women aboard two ocean rowboats – embarked on the 640-kilometre journey to the city on 11 February and arrived on 19 February.

“It was a really tough journey. It was very cold and windy along the way. I thought of giving up several times in the middle of the night,” said team member James Xu Yuxuan. “But when I looked at the sky, the shining stars were so mesmerising, as though they were encouraging me to continue. I did not want to disappoint those who had been supporting me.”

He described his experience as “the most meaningful thing he had done in university” .

Another member, Amber Chen Yuli, said rowing was “particularly difficult for females” but she was very grateful for the persistence of all team members that made the achievement possible.

The 20 students were trained for a year by Charlie Pitcher – holder of the Guinness world record for the fastest solo transatlantic rowing.

The students rowed through several coastal cities before entering Victoria Harbour, where tycoon Li Ka-shing (李嘉誠), whose foundation sponsored the adventure, received them. Li said he was touched by the determination of the students.

(This article is published on Junior Standard on 24 February 2017)