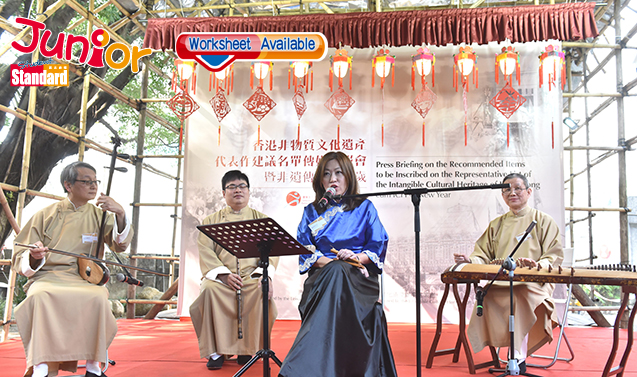 THE time-honoured techniques of making bamboo theatres, cheongsams and silk-stocking milk tea are among the 10 items on Hong Kong’s first ‘intangible cultural heritage list’ proposed by the Leisure and Cultural Services Department (康樂及文化事務署).

The items were selected out of 480 social practices, including local performing arts, festive rituals and traditional craftsmanship, and are under a three-month public consultation. Other items suggested include paper crafting techniques, southern tunes, basin feasts, spring and autumn ancestral worship of clans, the Tin Hau festival, the Pok Fu Lam fire dragon dance and the Taoist traditions of Zhengyi school.

Intangible cultural heritage refers to practices that have been transmitted from generation to generation, where a communities’ history provides them with a sense of identity and continuity.

“The key to preserving cultural heritage is its humanism. When it is detached from people, it will be lost in transmission and disappear totally in time,” said Cheng Pei-kai (非物質文化遺產諮詢會委員會主席鄭培凱), chairman of the committee.

The final list is expected to be promulgated in the middle of the year.

(This article is published on Junior Standard on 17 February 2017)