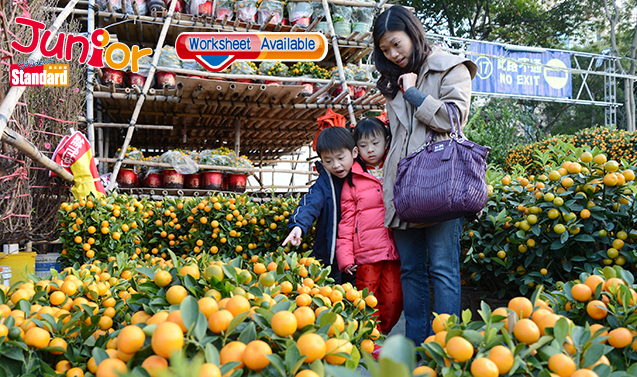 MINIATURE tangerine trees for celebrating Lunar New Year could be hazardous to health, with pesticide residues that could exceed local safety limits by nearly 30 times. With their orange colour to symbolise gold, tangerines are traditionally auspicious with the promise of luck, wealth and prosperity.

But experts who carried out tests for the Environmental Association (環保協進會) found the leaves contained more than the local limit for three types of pesticide residues while the fruit exceeded the safe limit for one type of pesticide.

Association chief executive Yau Wing-kwong (總幹事邱榮光) said tangerine trees are seen as decorative plants. They are not regulated as food and might contain excessive pesticide residue.

“It’s not suitable to use these tangerines as a food ingredient or to make pickled tangerine as some will do by tradition after the 15th day of the Lunar New Year,” he said.

Tangerine trees tested by experts from the Education University of Hong Kong (香港教育大學) found 29.6 mg of methomyl per kilogram of leaves – 30 times the permitted 1mg. An academic said eating a few tangerines from these plants should not be a problem but an overdose of methomyl could cause nausea and even damage the nervous system.

To avoid wasting tangerine trees after the holiday, people can continue to grow it by cutting off two-thirds of the branches and putting the plant in new soil. After a year, leaves and fruits should be largely free of pesticides.

(This article is published on Junior Standard on 10 February 2017)