From police station to Green Hub 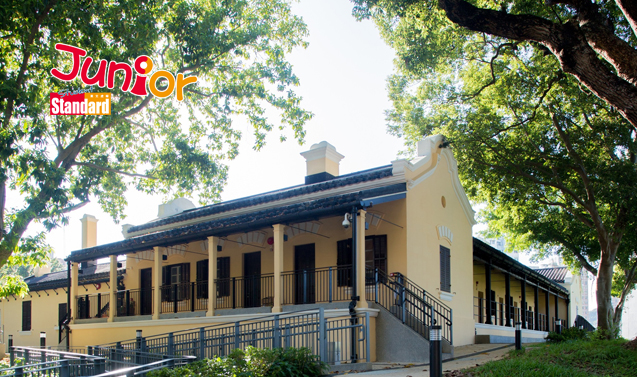 An old police station that goes back to the 19th century has made the headlines after being recognised by the United Nations.

THE Old Tai Po Police Station (舊大埔警署) received an Honourable Mention in Unesco’s Asia-Pacific Awards for Cultural Heritage Conservation (聯合國教科文組織亞太區文化遺產保護獎) in 2016 after it was revitalised into a Green Hub for Sustainable Living (綠匯學苑).

BUILT in 1899, the Old Tai Po Police Station was the New Territories headquarters of the force for 50 years. Other police departments then used it before it was closed in 1987. In 2009, the Antiquities Advisory Board (古物諮詢委員會) listed it as a Grade I Historic Building (一級歷史建築). Kadoorie Farm and Botanic Garden (嘉道理農場) was tasked with transforming the building into the Green Hub for Sustainable Living and in 2015 it was opened to the public.

THE Old and Valuable Trees (古樹名木) and other trees, and the Market Egretry (大埔墟鷺鳥林) were retained.The Green Hub has several sections: the visitor centre, the canteen, the ecoshop, and guest quarters. The canteen serves only vegetarian food. Food waste, alongside other waste from horticulture, is composted.

Self-guided tour: This option is for walk-in groups of five or fewer.

Booking: online booking can be made at www.greenhub.hk

How to get there: 10-minute walk from Tai Po Market MTR station (Exit A2)

• The police station was said to have been built at the site of the flag-raising ceremony marking the official takeover of the New Territories after it was leased to Britain in 1898.