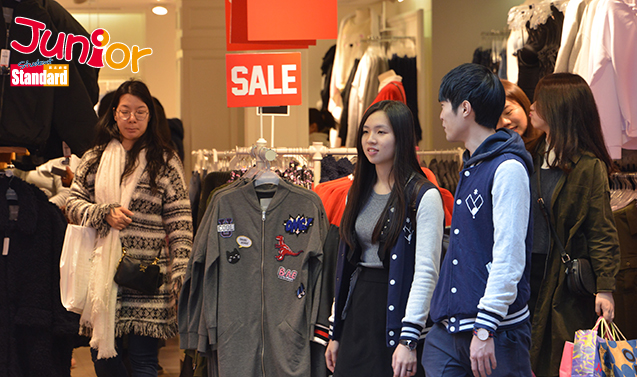 HONGKONGERS are splashing out billions of dollars a year on new clothes, with one in six people having the potential to be a shopaholic, according to Greenpeace (綠色和平).

The conservation group found in a survey that Hongkongers spend HK$25 billion a year on new clothes - with shoppers shelling out more than twice the amount spent by those in Taiwan.

Greenpeace commissioned a research company to conduct online interviews with 2,000 people aged between 20 and 45 in Hong Kong and Taiwan and compared consumer behaviour and attitudes in the two places.

It found that Hongkongers spend HK$800 per month on average, compared with HK$350 for the Taiwanese.

It found 17 percent - about one in six - of Hong Kong respondents to be potential shopaholics, compared with 12 percent of their Taiwan counterparts. Female participants in both places are more likely to be addicted to shopping.

“Hong Kong people wish to gain happiness and self-confidence via shopping, but when the short-term satisfaction is gone, all you can get is an overdrawn credit card, a closet full of unwanted clothes, and an even emptier feeling.”

More than half (60 percent) of the respondents said excitement from the purchases vanished in less than a day, and 35 percent of shoppers found that once these feelings had worn off, they felt even emptier than before.

When shopping becomes an illness
http://goo.gl/w5UiKV