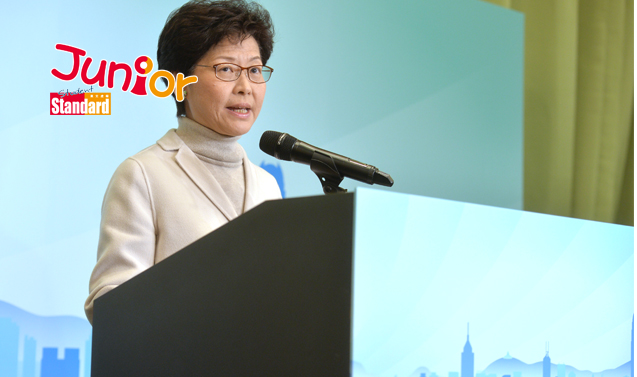 A person who stands for election or runs for office, for a position or for an honour, is called a candidate. But first they have to declare their candidacies to the public.

IN March, the Election Committee (EC) will choose Hong Kong’s chief executive for the next five years. Some prominent people are standing, and in the coming weeks they will be seeking the backing of as many of the 1,194 EC members as they can.

What is the first hurdle?

HOPEFULS must be nominated by at least 150 EC members. Lam is expected to meet that target easily as the committee is dominated by pro-establishment fi gures. Tsang too has his backers. But Ip might struggle. In the last CE election in 2012, she withdrew after failing to get 150 nominations. Woo too might not make the cut even though many pan-democrats like him.

Why can’t everyone vote?

UNDER the Basic Law, the aim is for every registered vote to choose the chief executive. But in 2014 Beijing imposed strict conditions which democrats felt would bar some candidates. The Umbrella protest then occurred and lasted 79 days. In June, 2015 pan-democratic lawmakers vetoed the government’s proposal for the 2017 chief executive election. As a result, there will be no universal suffrage.

1. What is your opinion of the candidates? State your opinions of each one.
2. Who is your favourite candidate? Do you think he or she is qualified to lead Hong Kong?
3. Are you happy with the ‘small-circle election’ in which the Election Committee will decide who becomes chief executive?
4. Do you think pan-democrats should have accepted the electoral reforms that would have enabled every registered vote to choose the CE? State your reasons.