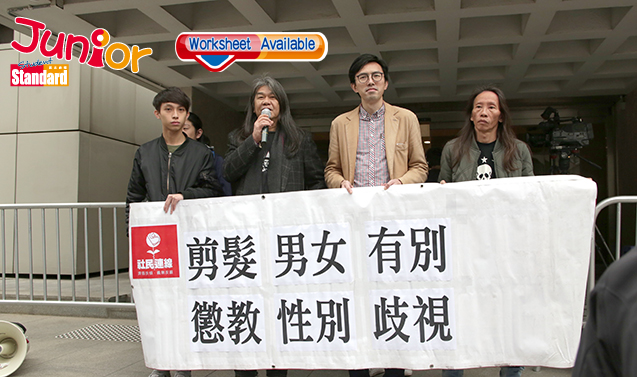 Leung, nicknamed ‘Long Hair (長毛)’, had his locks cut over his objection when he was jailed for four weeks at the Lai Chi Kok Reception Centre in June 2014. He ﬁled a judicial review challenging the rule for applying only to men.

The CSD argued there could be risks that “long hair is used as a potential method of concealing prohibited items” to attack other inmates or for suicide, and that such risks were signiﬁcantly higher in the male than the female inmate population.

But Au found the rule was differential treatment based on sex, violating the Sex Discrimination Ordinance (性別歧視條例) and Basic Law Article 25 (基本法第二十五條) which provides that “all Hong Kong residents shall be equal before the law”.

The judge also said the reasons put forward by the Commissioner of Correctional Services were “all stereotyped or generalised assumptions”.

(This article is published on Junior Standard on 24 January 2017)