Top judge: all equal before law 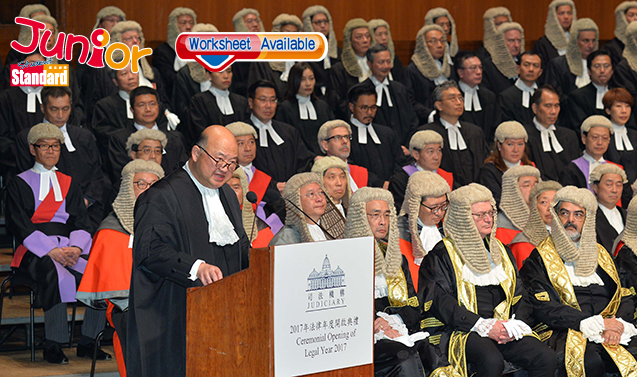 NO person should suffer any disadvantage in the eyes of the law because of who they are, said Chief Justice Geoffrey Ma Tao-li (終審法院首席法官馬道立) at the ceremonial opening of the 2017 legal year. He was defending the courts’ handling of high-profile judicial review cases over the past year.

Ma said outcomes of those cases have provoked much discussion. “At times, some people and groups from various sectors have voiced criticism of the courts simply because of outcomes to cases not to their liking,” he observed.

Although judges should not be immune to criticisms, Ma said comments should be informed and measured. “Some of these disputes I have referred to as high profile and may involve important political, economic or social consequences,” he said.

The courts deal with these types of case in precisely the same way as any other case, which was strictly in accordance with the law and legal principle, Ma said.

Recent judicial review cases included one that was launched by Chief Executive Leung Chun-ying in respect of alleged improper oath-taking by lawmakers.

These included alleging political bias and using foul language to lodge unjusti.ed personal attacks against judges. “Worst still, there are cases where threatening objects were sent to judges,” he added.

(This article is published on Junior Standard on 16 January 2017)

CJ’s speech at ceremonial opening of the 2017 legal year
http://goo.gl/zzV7kF