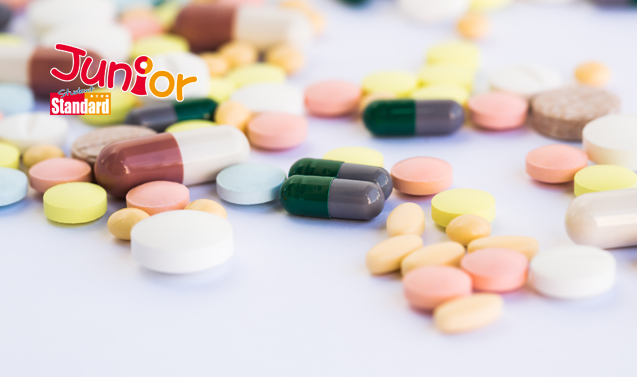 HONG Kong’s leading microbiologist Yuen Kwok-yung (袁國勇) warns that the overuse of antibiotics is serious. Many doctors prescribe the medication for the common cold or flu, which are caused by viruses. Overprescription has led to a high percentage of bacteria in Hong Kong becoming drug resistant. This means antibiotics could become useless.

Antibiotics have helped cure many diseases. But because it has been regarded as a cure-all, it has been overused and has made some microbes resistant to drugs which doctors usually prescribe.

WHEN Hong Kong doctors prescribe antibiotics, they tell their patients to take the entire course of drugs or the treatment will not work. But this advice is wrong and results in the overprescription of antibiotics.

In 2012, the Department of Health found that 70 percent of private doctors prescribed antibiotics for ailments like coughing and sore throat. But Hong Kong’s top microbiologist Yuen Kwok-yung pointed out that only 10 percent of respiratory tract infections are caused by bacteria. That means the remaining 90 percent of cases do not need antibiotics. He also said a 7-10 day course of antibiotics is unnecessary, as studies have shown that 3-5 days is enough.

An uphill battle against germs

MEDICAL science has advanced as society progresses, but people continue to get sick. At the same time, it is getting harder to fight germs, mainly because antibiotics have been overused.

APART from relying too much on antibiotics, another problem is our food. A staggering 98 percent of our meat is imported, mainly from the mainland. According to The New England Journal of Medicine (《新英格蘭醫學雜誌》), 80 percent of antibiotics used in the US are for livestock. China is believed to use a similar dosage of antibiotics in agriculture.

To make livestock and crops grow faster and yield more, farmers use an enormous amount of antibiotics to kill bugs and germs. Yuen pointed out that the rate of antibiotic resistance in livestock has risen sharply between 2008 and 2012. The resistance in pigs has jumped by 10 percent, for example.

When people eat food that has been treated with antibiotics and also take prescribed antibiotics, the germs become more adapted to the drug; and as our waste, which is full of antibiotics, goes into sewage and then to the sea, it is absorbed by animals and plants,and come back to us through the food chain …all these create a vicious cycle.

NOW that you know more about antibiotics in Hong Kong, and their impact on us and the world around us, will you still take medication without careful consideration? Perhaps the next time a doctor prescribes you antibiotics, ask if they are really necessary and if a course of treatment has to be as long as 10 days.

HONG Kong has laws on regular food and medicines but nothing to regulate health foods. However, health foods that contain either Western or Chinese medicine, or vitamins, have to be registered as medicine.

Society has different opinions as to whether health foods should be a separate category. Many countries have different labels for such products. For example, the US calls health foods a ‘dietary supplement’: in Canada (加拿大) they are classified as ‘natural health products’; Australia (澳洲) describes them as‘complementary medicine’; and in Singapore (新加坡) they are known as ‘health supplements’.

1.Should patients ask their doctor to do more tests before prescribing antibiotics if they have flu-like symptoms? Why or why not?

2.Should Hongkongers eat food that is not from the mainland if they are concerned about antibiotic use? Why or why not?

3.Name five things you can do to help slow down antibiotic resistance.

4.In view of all the different information on antibiotics, will you do more research on health foods or healthcare and analyse the new information before forming an opinion about them?