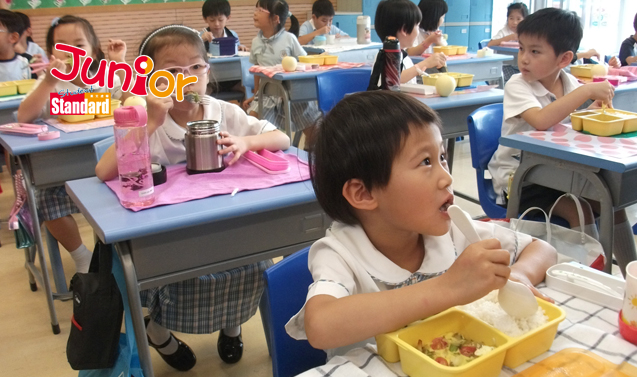 In recent years, more people have become vegetarian. Some shun meat completely; others are only part-time vegetarians and may avoid meat products on ‘Green Monday’, the first working day of each week. Some people give up meat to become healthier while others want to protect the environment.

Becoming a vegetarian is good for you, the world and the environment. By A veggie menu switching to vegetables, one helps to conserve the huge amounts of grain and water needed to raise livestock while enjoying a healthy lifestyle.

SCIENTIFIC research proves that 70 percent of all diseases are related to the food we eat. By changing to a plantbased diet, we can greatly reduce the risk of many illnesses, like cancer, heart disease, diabetes and high blood pressure.

It is estimated that as much as 95 percent of the pesticides we swallow come from meat, fish and dairy products. Many of the pesticides contain cancercausing chemicals and harmful heavy metals. A person can live longer if he or she does not develop a life-threatening ailment. As a health bonus, a vegetarian has more vitality, because less energy is needed to digest fruit and vegetables than meat.

AS human beings we hate suffering. We do not want others to suffer too. If we extend that sentiment to other living creatures, it is not hard to see that vegetarians do not want animals to suffer. By eating meat we shorten an animal’s life.

But in these days of mass food production, animals destined for the dinner table suffer a lot more. They are confined to narrow cages or pens and can hardly move. They are fed lots of toxic chemicals aimed at fattening them up. But these poisonous substances are harmful to humans too, and that is a good reason why we should not eat too much meat.

THE amount of resources needed to produce meat is staggering. A lot more water and land is required to produce one kilogramme of meat than 1kg of vegetables. In addition animals have to be fed, some with crops that could be eaten by humans. According to the documentary Cowspiracy, a vegetarian can save up to 4,000 litres of water, 20kg of grain, 2.8kg of rainforest, 9kg of carbon dioxide emissions and one animal every single day! That is certainly a compelling reason to become a vegetarian.

Vegetarian meat: It is not real meat, but vegetables, beans, etc, made into food with a similar taste and texture as meat.

Fruit and vegetables: They are the staples of a vegetarian diet. But there are other types of food too – nuts, grains, pulses and beans to name just some.

Vegan ice cream: Almond milk or coconut milk can replace cow’s milk when making ice cream. Also, by freezing bananas and then blending them you can make a delicious and healthy banana ice cream!

• vegetarian: a person who does not eat any meat, but will not mind milk and eggs.
• vegan: avoids all animal products, including milk and eggs.
• semi-vegetarian: does not mind some meat now and then.
• fruitarian: goes for only fruit and nothing else, not even vegetables.
• raw vegan: eats raw fruit and vegetables and nothing that is cooked at a temperature higher than 48C.

Fresh-looking b...
A SAMPLE of fresh beef has bee...