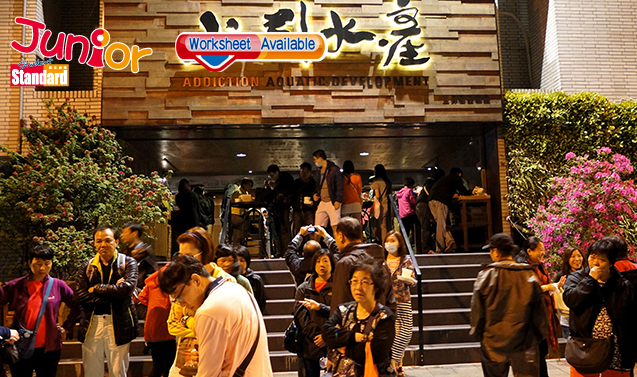 THREE Hong Kong women were arrested in Taiwan after nicking high-end seafood products to enjoy in a restaurant toilet on Christmas Eve. The banquet, with abalone, raw oysters and prawns, was meant to cost NT$4,514 (HK$1,084).

The trio managed to steal the seafood, hide it under their clothes and head to the toilet at Addiction Aquatic Development (上引水產), a popular seafood restaurant in Taipei (台北). But, they were exposed by a cleaner, who found food packaging in the bin.

Upon questioning, a few oysters were found on a Hong Kong woman surnamed Tsui, aged 25. Her two friends are surnamed Chong and Liu, both 22.

The trio were found to have eaten six big abalone, with the most pricey one costing TW$720. They also had three spot prawns, and eight oysters.

The women claimed they did not have any money with them, and were taken to a police station. They later admitted theft in court and settled their bill after reconciliation with the restaurant before being released and allowed to leave Taiwan.

The court heard that the trio first ordered food in the sushi bar before stealing the seafood while the place was packed with diners.

It was not the first time Hongkongers have embarrassed themselves in Taiwan. In 2014, two Hong Kong women were arrested for trashing a rented apartment.

In 2015, a Hong Kong woman who went rock climbing during a typhoon insulted the  firemen who rescued her by describing them as ‘garbage’.

(This article is published on Junior Standard on 5 January 2017)