WHO warns of H7N9 pandemic 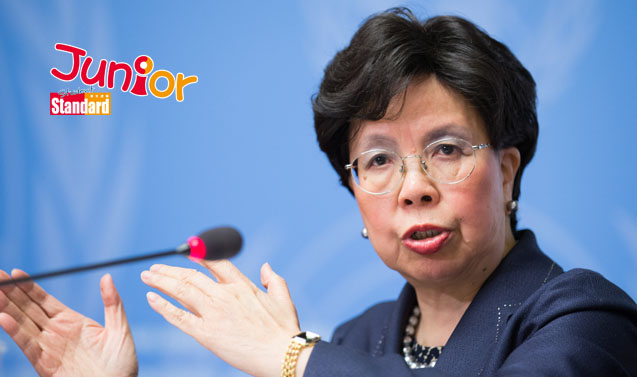 WORLD Health Organisation Director-General Margaret Chan Fung Fu-chun (世衛總幹事陳馮富珍) has warned that bird flu H7N9 is particularly worrying as it could be a pandemic strain.

This is because H7N9 is unique - it does not make chickens sick but is deadly in humans. Sick birds could usually provide an early warning for imminent outbreaks, Chan told The Standard. “The biggest challenge for the world is the next influenza pandemic,” Chan said.

This came as Macau reported its first human case of H7N9 last week.

Chan was the first to notify the WHO of a new bird flu strain - H5N1 - when she was Hong Kong’s director of health in 1997. She said of the various bird flu viruses, she has paid the most attention to H7N9.

“H7N9 is unique as compared to H5N1. Why? Because when it affects the poultry population, it does not kill the bird. So we lose one early warning signal. We only see human morbidity and mortality,” she said.

The Macau H7N9 victim is a 58-year-old stall owner in a wholesale poultry market. He has not shown symptoms but has been quarantined along with his wife.

Macau has culled 10,000 poultry and the wholesale market has been closed for sterilisation. A three-day ban was imposed on live poultry trade.

In Hong Kong, the Centre for Health Protection (衛生防護中心) reported that four faecal dropping samples of birds collected from the Mai Po Nature Reserve (米埔自然保護區) in late November were detected with the H5N6 virus and advised the public to be vigilant against infection risks.