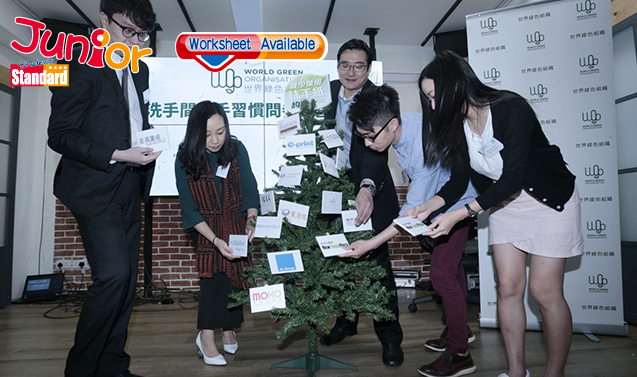 MORE effort is needed to reduce wastage of paper towels in shopping mall toilets, says the environmental group World Green Organisation (世界綠色組織). It noted that most malls are unwilling to cut supplies, fearing complaints from customers.

The group polled 80 malls in a survey conducted over the past two months. Results show more than 60 percent hesitate to cut the supply of paper towels in their toilets. More than 70 percent are willing to put up signs to advise customers to cut down on paper towel wastage, but less than 10 percent plan to stop supply.

Many companies are resisting installing hand dryers because they fear customers will complain about potential hygiene problems. The group said shoppers continue to use paper towels as they are convenient and considered to be more hygienic.

But research by the Mayo Clinic in the US showed the amount of bacteria in towels, paper towels or hand dryers do not differ significantly. However, producing one ton of paper towels means 17 trees need to be chopped and 75,708 litres of water used.

An average of 15,000 paper towels are discarded in a mall every day and 680 tons of paper towels were sent to landfills in Hong Kong in 2014. The group urged shoppers, enterprises and malls to come up with concrete plans to reduce the use of paper towels. Using hand dryers more could be a start.

Fewer paper towels would relieve the burden on landfills and problems arising from logging and water pollution.

(This article is published on Junior Standard on 12 December 2016)