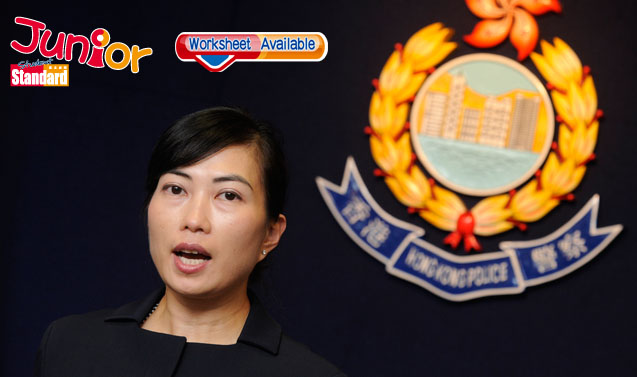 THE police say they want to communicate with young people on equal terms but will stand firm in dealing with violent protesters. In a bid to improve their image among young people, the force has teamed up with academics to find ways, including the use of mobile apps and online platforms, to reach out to the younger generation.

A recent survey suggests polarised public views towards the police, with the level of confidence and no confidence in the force both on the rise.

People in the 18-29 age bracket with high education levels are particularly discontented with the police force and their confidence in its services is on the decline, the poll shows.

“Young people have a different set of values compared with the older generation. They tend to revolt against authorities and that’s why we want to talk to them on equal terms,” said Chief Superintendent Anna Tsang Yim-sheung (總警司曾艷霜). But this does not mean compromising on social stability, and the police will deal firmly with any violent protesters, Tsang said.

Academic Cheung Yuet-wah (張越華) said the image of the police might have been affected by the public’s discontent with the government. “Even when the police are politically impartial, they are often seen as part of the government,” Cheung said.

(This article is published on Junior Standard on 8 December 2016)