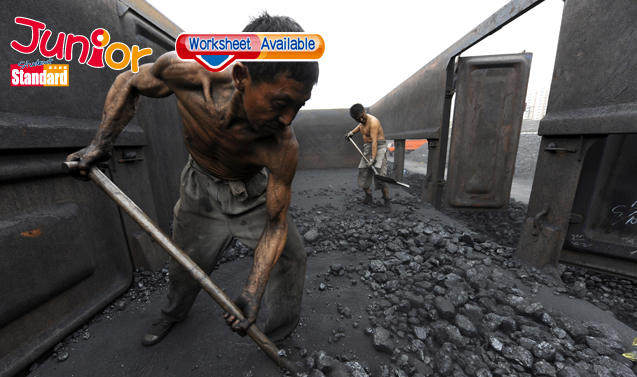 CHINA could waste as much as US$490 billion (HK$3.82 trillion) on unnecessary new coal-fired power stations, according to the climate campaign group Carbon Tracker Initiative (CTI). The London-based group said China already has more than enough such facilities but is still building more.

CTI said China’s rise to become the world’s second largest economy was largely powered by cheap, dirty coal. But as growth slows, China appears to be reluctant to wean itself off coal, even as the pollution it causes wreaks havoc on the environment and public health.

This is because the country does not want to risk widespread unemployment which could lead to anger and unrest. CTI said as of July, China already had 895 gigawatts in coal-fired power stations – representing more than half its electricity generation.

The country was operating the coal units at less than half their capacity, it said, but had another 205 GW already under construction and plans for an additional 405 GW. Power demand growth had slowed to 3 percent or less per year, CTI added. Even if power consumption grew at 5 percent a year until 2020, existing plants and those currently under construction would be more than enough.

About half of Hong Kong’s electricity is generated by burning coal, with nuclear and natural gas accounting for about 23 and 22 percent respectively.

The government plans to reduce reliance on coal-generated power to about 25 percent and raise the use of natural gas to about 50 percent in 2020.

(This article is published on Junior Standard on 5 December 2016)

Report on the public consultation on future fuel mix for electricity generation in Hong Kong
https://goo.gl/ll0ndq