Youths find little to smile about 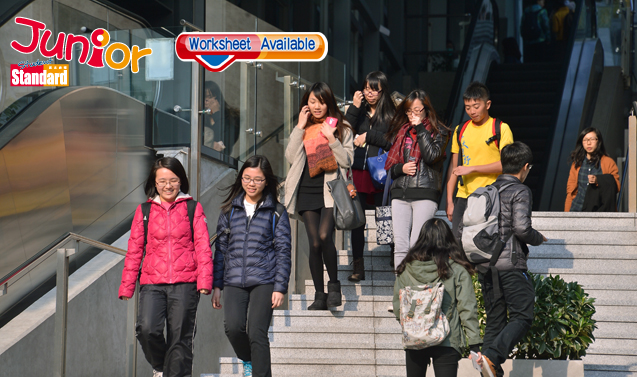 A SURVEY has found that people under 30 in Hong Kong are feeling the least happy in a decade. Their list of grievances includes public health care, the living environment and government policies.

The annual Hong Kong Happiness Index Survey – compiled by Chu Hai College of Higher Education (珠海學院) and Lingnan University’s (嶺南大學) Centre for Public Policy Studies – showed Hongkongers are less happy this year than last year. The overall index dropped from 70 to 67.6 on a scale of zero to 100.

The fall was most pronounced in the 21-29 age group. In this category the index dropped from 69.8 last year to 63.8 – a record low since the survey was launched in 2005. Their scores for ‘purposive living’ and ‘not thinking too much about things beyond one’s control' also went down, showing signs of frustration and pessimism. Their satisfaction with the media and public policy fell while that of other age groups improved.

Chu Hai’s dean of business Ho Lok-sang (何濼生) described the result as worrying. He said young people’s dissatisfaction with political reform progress might have affected their perception about other aspects of living quality. Work pressure, long working hours and .nancial burdens are the main factors contributing to unhappiness, the survey said.

(This article is published on Junior Standard on 30 November 2016)

The pursuit of happiness: assessing well-being in Hong Kong
https://goo.gl/LPtLG7