Bullies on the internet 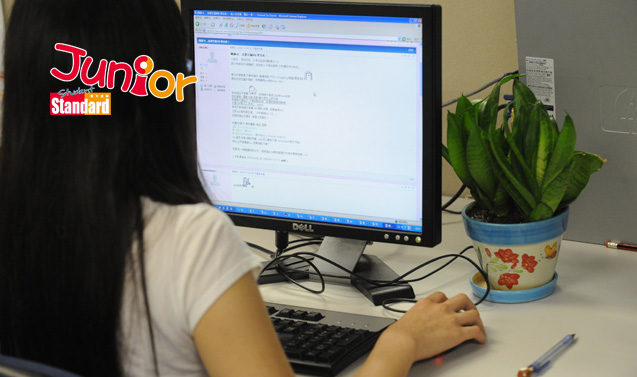 A new scourge has emerged in our hi-tech world and we must act to stop it before it gets worse.

IN the past, many students were at the mercy of the schoolyard bullies. Today there are also online bullies. These are cowards who exploit the anonymity of the internet to torment their victims.

THIS is a worldwide phenomenon which emerged with the popularity of the internet. Examples include disseminating insulting and defamatory messages about a person through electronic messages, online forums or social networking sites. It can also occur when photographs or videos are posted online to embarrass or threaten a person.

A survey by the Hong Kong Federation of Youth Groups in 2010 showed that 30 percent of the nearly 3,000 secondary school students who responded had been cyberbullied, while 57 percent had seen it happening.

We might have been involved in cyberbullying without being aware of it. For example, we might have joined other people to post personal attacks on a celebrity’s Facebook page. Identifying somebody and commenting about them on the internet also infringe the privacy of a person and is considered bullying.

Are online bullies worse than their schoolyard peers?

CYBERBULLYING is often more serious than face-to-face bullying. Research shows that teenagers who have been cyberbullied experience higher levels of anxiety and depression. The anonymity of the internet emboldens bullies to behave offensively. The high accessibility of the internet increases the frequency of bullying and bullies, thus infl icting more psychological harm on the victim.

Canadian teenager Amanda Todd changed schools in a bid to escape from her online bullies who were blackmailing her. But the attacks continued and the 15-year-old took her own life in 2012.

Can cyberbullying be stopped?

AS the internet has become an indispensable part of life, it is difficult to eradicate cyberbullying. Some organisations are proposing to introduce legislation to crack down on this modernday scourge by punishing those who defame others online. But others say this will hurt freedom of speech.

As responsible netizens, we should minimise cyberbullying by paying attention to our internet behaviour.