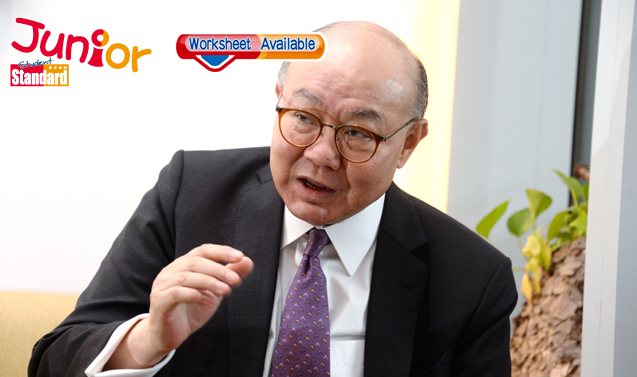 UNIVERSAL suffrage and judicial independence are the top priorities of chief executive candidate Woo Kwok-hing (胡國興). He told The Standard that independence advocacy sprang from the lack of participation by youngsters in the political system.

“If the political system is open to them and they have representatives in the establishment, probably they won’t need to take such radical moves,” said Woo. He believed independence advocacy will ease off if he wins and implements universal suffrage.

“Independence is firstly against the constitution and, secondly, it’s impractical. Water and food will then be much more expensive, and will the housing problem be solved?”

The former judge described the NPC interpretation of the oath-taking section of the Basic Law as inappropriate and unnecessary. The move made locals fear about damage to the rule of law, but does not help tackle independence advocacy.

Woo said Chief Executive Leung Chun-ying (梁振英) was aiming to please Beijing when he put his name in the judicial review over oath-taking.

But Woo agreed with the disqualification of Sixtus Leung Chung-hang (梁頌恆) and Yau Wai-ching (游蕙禎) of Youngspiration (青年新政) as he found nothing wrong with the judgement of the Court of First Instance.

Woo also criticised Leung Chun-ying for not completing most of what he had promised in his political manifesto four years ago, like fostering harmony or improving housing.

(This article is published on Junior Standard on 24 November 2016)