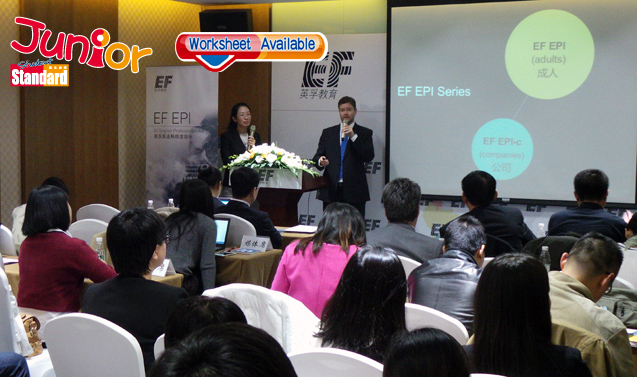 HONG Kong’s level of English proficiency continued to be mediocre and fell in regional ranking, according to the results of an international test administered by Education First (英孚教育), a company based in Switzerland.

Their English proficiency index for Hong Kong this year is 54.3, ranking Hong Kong 30th among 72 countries places, and sixth in Asia.

Education First believes mother-tongue education and trilingualism may be to blame for Hong Kong’s performance. The city also lacks a favourable English-speaking environment.

The top three countries in Asia all adopt biliteracy and bilingualism, so students can learn English in a more focused way, it pointed out.

However, Hong Kong Examinations and Assessment Authority secretary general Tong Chong-sze (HKEAA, 香港考試及評核局秘書長唐創時) said the index has to be interpreted with care. He said “the tests are taken by self-selected adults with access to the internet, as opposed to a random sample of test takers.”

Tong noted that the English-language results in the Hong Kong Diploma of Secondary Education exam indicated a healthy upward trend which suggests that the biliteracy and trilingualism policies may be having a positive effect on performances.

(This article is published on Junior Standard on 21 November 2016)