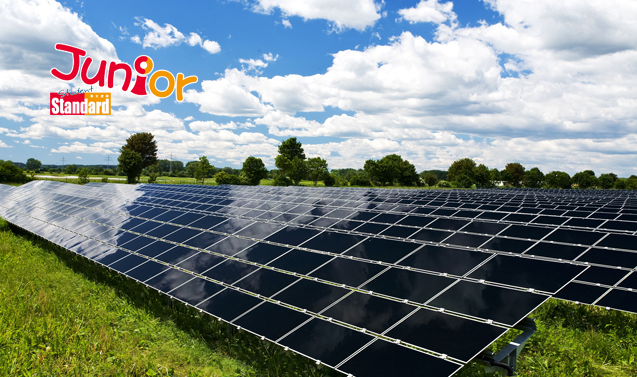 Time is running out in the search for answers to stop global warming. Scientists are working hard to find the best way to keep Earth healthy.

LATE last year, dozens of countries met in Paris and promised to fight global warming. To do this they have to cut greenhouse gas emissions by relying less on fossil fuels such as coal, oil and natural gas. They also have to make more use of non-polluting energy such as solar and wind power. As part of the effort, scientists have stepped up the search for new technology. Here are some ideas that can save the world.

SOLAR panels to harvest the sun’s energy first appeared on rooftops and then on fields. Now, they are being placed on water. This means land can be used for other purposes. Britain’s first floating solar farm was built on a reservoir in Berkshire in 2014. Japanese electronics giant Kyocera plans to construct the world’s largest fl oating solar power plant over two lakes in Kato City.

Wind farms in the sky

SCIENTISTS see the air as the best way to harness wind power. The US firm Altaeros Energies is developing the Buoyant Airborne Turbine. The aim is to send the helium-fi lled device 600 metres into the air and tether it to the ground. At that height wind power density is greater. The electricity generated would be transferred by cable to the ground.

IT is possible to collect most carbon dioxide at source, such as factories. This way it never reaches the atmosphere. The first demonstration of carbon capture and storage technology took place in 2000. There are three steps – capturing the carbon, transporting it through a pipeline, and storing it.

GLOBAL warming leads to extreme weather conditions such as drought. Many regions suffer from a lack of water, raising fears that countries may go to war over the precious resource. Scientists believe that cloud seeding may be the answer to droughts. This is done by aircraft spraying substances such as silver iodide, salt or propane into clouds to induce rain.

Clean energy se...
There are efforts to reduce ai...

Fine for cleane...
THERE was outrage against envi...