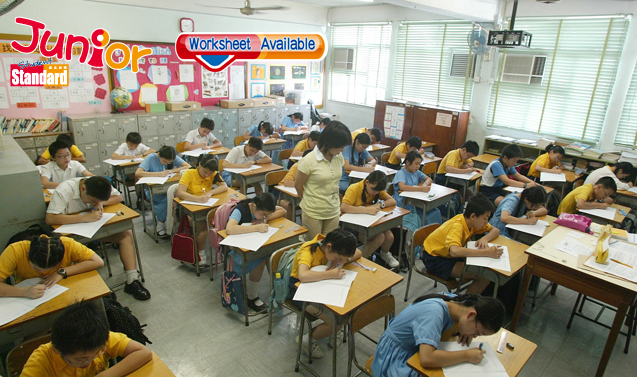 PRIMARY Three students are doing slightly worse in Chinese but better in English and mathematics this year. This was re.ected in the results of the 2016 Territory-wide System Assessment (全港性系統評估) in which 60,000 Primary 3 and Form 3 students participated.

The Hong Kong Examinations and Assessment Authority (香港考試及評核局) released the report on the test last week.

In Chinese, the passing rate of Primary 3 candidates rate was 85.8 percent, 0.6 percent down from last year. In English and maths, the pass rate went up 0.7 percent and 2.3 percent, to 81.1 percent and 89.9 percent respectively.

The TSA was launched in 2004 to gauge students’academic performance to improve the curriculum. The test this year was conducted amid harsh criticism from parents and concern groups.

Parents are concerned about the exam-drilling culture and homework pressure it brought and want the Primary 3 test cancelled.

But education-sector lawmaker Ip Kin-yuen (葉建源) doubted the meaning of the move, noting that passing rates remained almost the same. He called the report incomplete as it could not address the pressure the test has put on teachers and students.

(This article is published on Junior Standard on 16 November 2016)