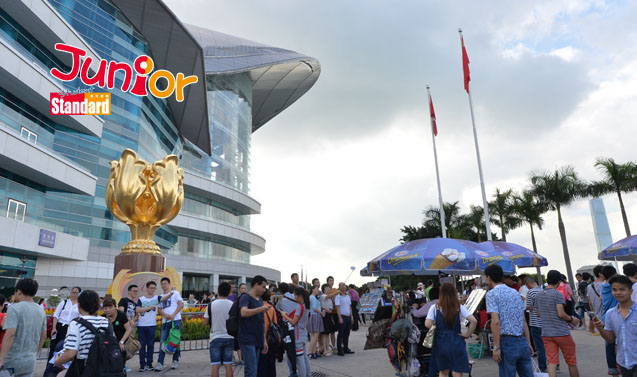 Hong Kong has to take bold steps to give visitors a reason to come again.

THE Hong Kong ePrix was the highlight of this year’s National Day Golden Week. Visitor arrivals fell sharply in August but Golden Week saw a bigger increment in foreign tourists. Two weeks before the ePrix, Hong Kong held the Cyclothon. The city should maintain this sense of freshness for tourists to expand its visitor source and make them come again.

The number of arrivals in August was 9.4 percent down from a year ago. It is believed that many mainlanders were deterred by the heavy rain here in August. But the number of visitors then rose in Golden Week, bringing relief to those whose livelihood depends on tourism.

TWO changes are worth noting. One is that there were fewer ‘one trip per week’ visitors. These people are all Shenzhen residents and can visit when other mainlanders are not in town.

The second is that there was a sharp drop in the number of mainland tour groups. This was because of fears of being ripped off. Another reason is the stereotyped itineraries. But the Individual Visit Scheme more than offset the drop in tour groups.

There was also a sharp rise in the number of overseas visitors. They increased by over 10 percent, raising the overall figure by 7.4 percent compared with last year. One reason is a fall in hotel rates. October is the start of the convention and exhibition season. Together with the ePrix, it helps attract high-spending visitors, easing the impact of fewer mainland big spenders.

Faced with a change in travel habits, the industry must adjust. For example, tour agencies must think about diversifying itineraries and increasing new attractions. Travel guides can be integrated with electronic privileges to form a new tourism platform.

The need to refresh

THE SAR's two major theme parks always launch new highlights to encourage visitors to return. Other tourist attractions should follow suit. For example, other than food and shopping, local tour routes with different themes including pop culture and history can be arranged. Hong Kong can also stage more international events.

Hong Kong is becoming more expensive as the US dollar, to which the local currency is pegged, appreciates. The city’s reputation as a shopping paradise will have to rely more on maintaining its competitive edge through quality, reliability, variety and convenience. The fall in mainland visitors and the rise of rival destinations is threatening local tourism. Hong Kong, as the Pearl of the Orient, will continue to draw tourists only if it grabs the opportunities brought by changing travel habits and technological development.

(Published in the Sing Tao Daily on 10 October)