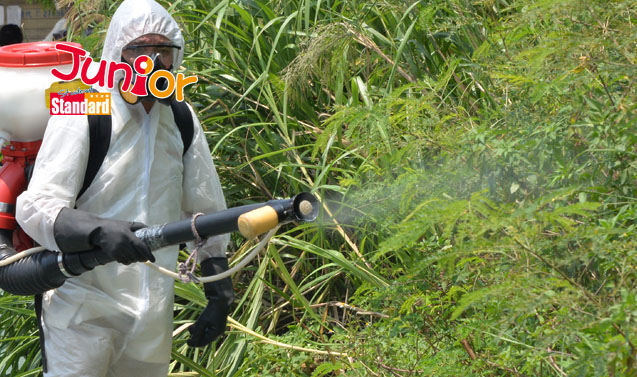 A sharp rise in the number of babies born with unusually small heads in Brazil alerted the world about the Zika virus threat. The mosquito-borne virus is now threatening other parts of the world.

How dangerous is Zika?

THE Zika virus (寨卡病毒) is transmitted to humans through the bite of an infected Aedes mosquito. It can also spread between humans through bodily fl uids. Zika has been blamed for microcephaly (小頭症) and Guillain- Barré syndrome. These are neurological disorders that can damage brain development. There is no cure or vaccine for Zika currently.

When did it become an epidemic?

THERE were sporadic outbreaks in the past 60 years. But an epidemic began in Brazil last year. Tens of thousands of Zikainfection cases were recorded and almost 5,000 babies were born with brain damage.The virus spread to North America and Southeast Asia this year. Singapore was the most affected Asian country. The World Health Organisation says 70 countries have reported cases of Zika over the past two years and declared Zika to be a public health emergency.

Are humans to blame for Zika?

GLOBAL warming may have made it easier for the Aedes mosquito to breed. Pollution and greenhouses gases emitted from factories have pushed up temperatures around the world. As a result, mosquitoes that were not able to survive the cold now became active in certain regions, fostering the rampant spread of the virus.

Can Zika be stopped?

SCIENTISTS hope to have a vaccine ready in 2018. They are also looking into the possibility of releasing genetically modified mosquitoes that are sterile into the wild so that over time mosquitoes will not be able to reproduce. But we can start at home by observing good hygiene and making sure mosquitoes cannot breed.