Glued to our gadgets 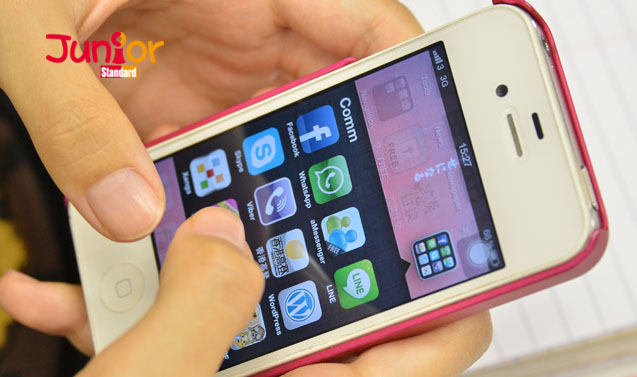 THE smartphone enables us to access the internet anytime, anywhere. With such convenience, people are getting more and more attached to their mobile electronic gadgets.

Spending too much time on these devices can disrupt life, and that is happening to many people. Some, especially young people, may even become addicted to these devices. Students hooked on IT gadgets may suffer low grades. Their relationships with friends and family will deteriorate as they obsess over their digital world to the exclusion of everything else.

Some hide their ‘screen addiction’ from their parents, teachers and friends. Attempts to cut back on screen time are not often successful. Some will become recluses, preferring the virtual world to the real one.

Below are some of the ways gadgets with internet access have had a major impact on modern life.

‘Qi di’ culture
NOT all bad conduct is punishable by law. But in the IT age, people who commit moral wrongs could be subject to another kind of ‘justice’ – qi di (起底).

Qi di means to dig up and make public the personal background of the perceived wrongdoer.

Information being revealed usually includes the person’s name, address, and the school or organisation he or she is a member of.

Vindictive netizens might think they are doing the community a service. But qi di is, in essence, a form of revenge, or even bullying.

In some cases, revenge-seekers sometimes act before getting their facts right. Some even target the wrong person.

Qi di is not something that should be encouraged.

Selfies
SELFIES – pictures of oneself made using mobile devices – have become a global phenomenon.

These self-portraits are often shared on social media. They have the effect of reinforcing one’s selfimage, and can be a means of self-discovery and expression.

Public figures, meanwhile, use selfies as an imagebuilding tool.

But shared selfie pictures could draw negative comments. This could lead a person to become dissatisfied with his or her body image.

It is easy to organise actions on the internet. Views, photographs or video can instantly become viral on Facebook or Twitter and spur action.

The internet has encouraged students to take part in public affairs. It makes them feel the impact of their action, which they believe will help society.

They also make it convenient to set up gatherings and parties, and help users to make new friends and expand their social circle.

But you cannot always trust people you do not know on the internet, because information they post about themselves may not be true. There are also bad people online who prey on the young and innocent.

Some users, meanwhile, become overly concerned about getting ‘likes’ from ‘friends’. It is common these days to see everyone checking their smartphones at gatherings, lunches or dinners. Such a lack of face-toface interaction is definitely not helping to build good relationships.

Battery makers ...
IF you use your smartphone or ...