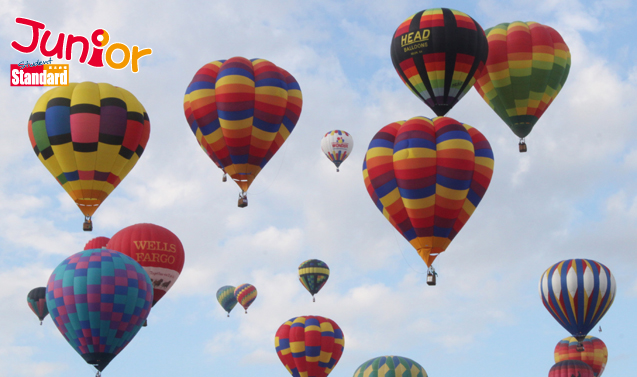 THE world’s biggest hot-air balloon festival in the US was disrupted after two accidents caused by strong winds.

Albuquerque (阿布奎基) balloon fiesta officials had to ground pilots after two balloons hit power lines, sparking an explosion and knocking out electricity to hundreds of residents.

The explosion and outage occurred when an ‘Outlander’ alien-themed balloon hit a line and knocked out power for about 1,200 residents.

Emergency crews had to cut the gondola from the balloon to rescue the pilot and passengers.

No one was injured. The only damage appeared to be a hole in the balloon.

Another balloon landed on a power line to the south. A female passenger suffered superficial injuries.

The nine-day annual event in New Mexico (新墨西哥州) sees about 4,000 balloon launches and landings on average and rarely has accidents.

The most recent fatal crash at the fiesta occurred in 2008, when a balloon hit power lines and burst into flames, throwing both men on board to the ground and killing one of them.

Meanwhile, hundreds of tourists have made it safely to the ground after being trapped overnight atop China’s Mount Hua (華山) when cable car service was suspended.

About 200 people were stranded when high winds forced the cable car operator to stop running cars up and down the 2,000-metre west peak.

Raincoats, warm ginger soup and hot water were provided to tourists as they huddled in the aisles where passengers wait to board the cable car.

The cars resumed running after the winds died down.