Here’s what it takes to win 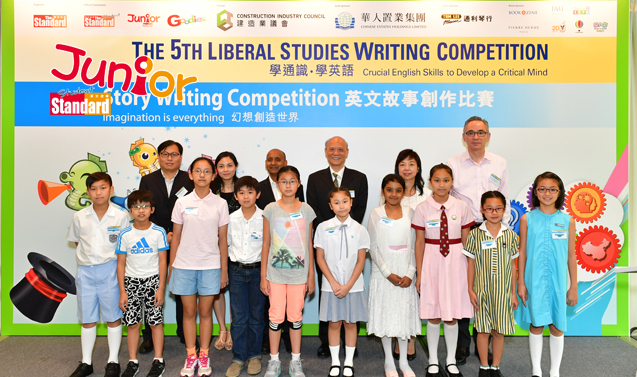 The fifth LS Writing Competition showcased the writing skills of the winners. It also highlighted their thorough understanding of social affairs.

THERE was an enthusiastic response to the writing competition organised by The Standard. We received 1,900 entries from 38 secondary schools across Hong Kong. The standard was high overall. The 14 individual winners in particular demonstrated strong analytical skills, a command of local and world affairs, and compelling writing styles.

Many of the essays dealt with Hong Kong and global social issues that were relevant. Students analysed the situation and presented both sides of the story. They also proposed feasible solutions.

Writing concisely was crucial, especially since there was a 500-word limit. Champion Kwok Hoi-man from Christian and Missionary Alliance Sun Kei Secondary School, who also won a category award (Globalisation), adopted the ‘Five Ws and one H’ formula to structure her essay. And first runner-up Abdul Hashir of Yuen Long Merchants Association Secondary School said he was inspired by what he read.

KWOK’S winning essay was titled Disneyfication. It is a little-known concept of changing something, society for instance, to resemble the way Disney theme parks work. Kwok addresses how this phenomenon has transformed the world. She decided on the topic solely out of her interest in Disney. She attributed her success to the wealth of information available online and her own imagination.

“I would imagine that I am the reader, and would ask myself questions using the "Five Ws and one H’ method,” Kwok said. By asking ‘what?’, ‘where?’, ‘when?’, ‘who?’, ‘why?’ and ‘how?’, she was able to pen a comprehensive article. She advised students to follow the news every day by watching TV, reading newspapers or going online.

Kwok was also eager to express her concerns about global warming. “Environmental protection is now a global trend and more multinational companies should adopt this trend,” she said, noting it was appropriate that the prize presentation ceremony was held at ZCB – Hong Kong’s first zero carbon building – in Kowloon Bay.

Read to broaden the mind

HONG Kong’s rapidly ageing population is a pressing problem for the government, argues Abdul Hashir who also picked up an award in the Public Health category for his essay An Increase in Life Expectancy. He said unless the issue is resolved soon he himself would have to support four family members one day. “Society has to pay more by then.”

On improving writing skills, Hashir encouraged students to read newspapers and books to improve their knowledge and expand their vocabulary. He personally prefers fantasy stories for ideas and writing style.

Tips from the top

IVAN Tong, editor-in-chief of The Standard, reminded students of the importance of acquiring a wide knowledge of current affairs and developing critical thinking. He added that the key to good writing lies in the Five Cs – be concise, be correct, be clear, be complete and be cohesive.

HK talent falls...
HONG Kong has been overtaken b...

Wealth gap keep...
A CHIEF executive at a top glo...