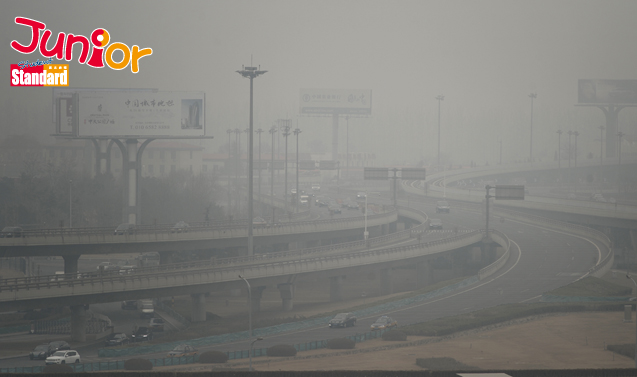 A DUTCH artist has found an artistic and novel way to combat smog in Beijing. He has built a seven-metre metal structure that takes in polluted air and releases cleaner air.

Roosegaarde’s projects focus on connecting people with nature and energy. He came up with the idea after a visit to Beijing three years ago during which he saw thick grey haze outside his window.

He then raised more than US$120,000 (HK$936,000) online to help pay for the cost of building Air purifying bicycle the tower by selling metal rings with a clear cube that includes a bit of black carbon from smog.

The artist eventually wants to build more towers, perhaps with funding from the Chinese government.
He also hopes the tower will inspire people to think of more creative and innovative ways to fight pollution.

“We shouldn’t wait for the government to tell us what to do,” he said. “I want to start a movement, a community, which does not accept pollution anymore”.

Whether the machine actually puri.es air is hard to say. An unscientific test using a handheld monitoring device showed the air next to the tower was slightly cleaner than air farther away.

The tower will be displayed in other Chinese cities including Shenzhen (深圳).

(This article is published on Junior Standard on 5 October 2016)