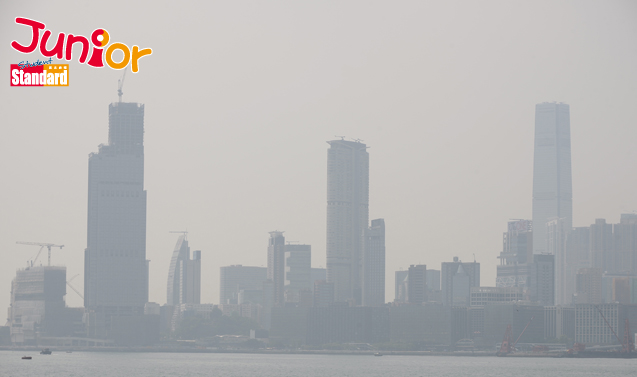 The Air Quality Health Index (空氣質素健康指數) last Tuesday was very high in many areas before rising to ‘serious’ – the highest of five levels – as the reading topped 10 in some districts including Tuen Mun (屯門) and Tung Chung (東涌).

The hot and hazy weather and a lack of appreciable winds contributed to the pollution density. “Intense sunshine enhances photo-chemical smog WHO’s country estimates on air pollution and health impact activities and the formation of ozone, resulting in high pollution,” an EDP expert explained.

Motor vehicles, marine vessels and power plants are the main culprits of air pollution in Hong Kong. The most challenging problems are street-level pollution and regional smog.

A recent World Health Organisation (世界衛生組織) study revealed that 92 percent of the world’s population live in places where air quality is unsafe.

The report also found that one in every nine deaths is from exposure to indoor and outdoor pollution. Outdoor air pollution kills about three million people each year.

China is ranked sixth among countries with the highest number of deaths due to ambient air pollution.

(This article is published on Junior Standard on 4 October 2016)