Innovation is the answer 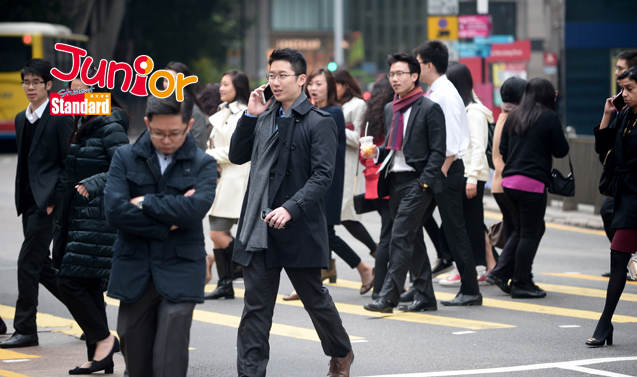 FORMER chief executive Tung Chee-hwa’s Our Hong Kong Foundation has released a report diagnosing the SAR’s economy and suggesting some ways out. Growth has been declining and we have got to break the bottleneck. The key lies in whether society has the drive to overcome the problem.

While Hong Kong enjoys nearly full employment, economic growth declined to 2.4 percent last year. Also, many people work in sectors such as tourism and retail and do not earn much. The widening gap between the rich and poor is a major cause of social grievance. Hong Kong’s economy requires further transformation to maintain competitiveness and improve grassroots’ remuneration.

THE report highlighted opportunities for Hong Kong. It said the city could develop into an international centre for finance, innovation and venture capital, creative arts, and professional services. It could also use its global connections to explore markets. As a financial hub, for instance, the city could develop asset management and re-insurance services.

Hong Kong is lagging behind the mainland in innovation. During the recent G20 summit in Hangzhou, President Xi Jinping suggested that scientific and technological innovation is the driver for global growth. Hangzhou is the mainland’s showcase of an innovationdriven economy. It houses the headquarters of e-commerce giant Alibaba and e-trade is common.

Shenzhen is listed as the country’s most competitive city, also thanks to innovation technology. Since economic reform began in 1978, technological development has accounted for eight percent of China’s economic growth.

China has surpassed the US as the country with the most domestic patent applications annually. The potential of innovation technology is enormous, providing chances for Hong Kong.

Hong Kong has to catch up

HONG Kong needs money, talent and a market to develop a centre of innovation and venture capital. The US leads the world in this aspect. Other than having suffi cient funds and talent, it has an enormous domestic market. Hong Kong’s domestic market is small. The money invested in research and invention is less than one percent of its GDP, compared with 2.5 percent for the US and four percent for Shenzhen.

The mainland’s large market provides Hong Kong with an opportunity. The SAR government should encourage the business sector to invest in research and development projects. The young generation also has to widen its perspectives towards China and East Asia to make the SAR an important wealth-creating base.

(Published in the Sing Tao Daily on 9 September)