Doraemon takes to the skies 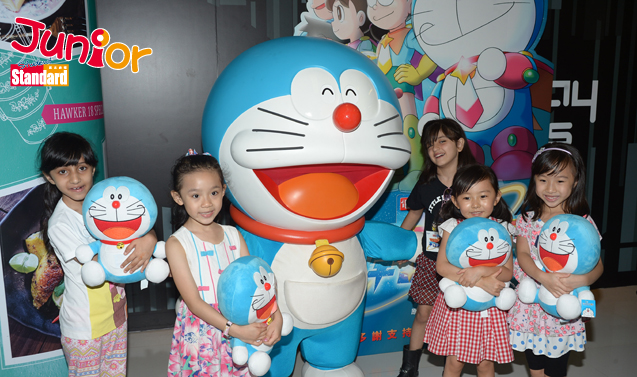 It is the fi rst Doraemon-themed jet to debut on an international flight. The service began last Thursday (22 September). The image of the popular Japanese cartoon cat Doraemon (多啦A夢) is painted prominently on its fuselage. Doraemon-themed services and souvenirs are provided on the plane.

The cartoon character has a large number of fans in China. By playing up its image, JAL hopes to attract more Chinese customers.

“JAL would like customers in China to feel connected to the airline and Japan through its Doraemon-painted aircraft, events, a gift campaign, and such, and boost demand on routes between Japan and China,” the airline said.

From time to time airlines around the world paint a special livery on their planes. The entire Simpsons family were featured on a Western Pacifi c Boeing to promote the TV cartoon series.

Air New Zealand painted a ferocious dragon on one of its planes during the fi lming of the Lord of the Rings and Hobbit movies.

Local airline Dragonair (港龍航空) painted a 36.15-metre golden dragon across the length of an A330-300 aircraft to celebrate its 25th anniversary.

(This article is published on Junior Standard on 27 September 2016)