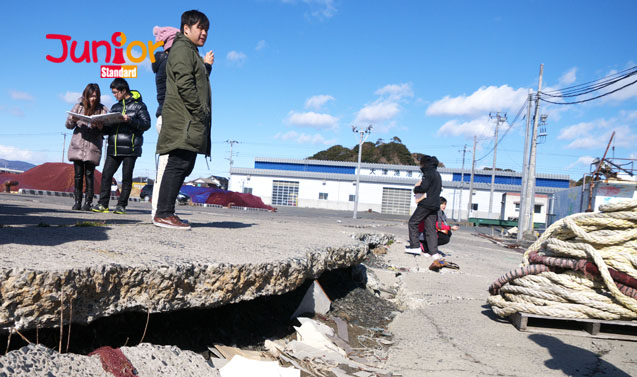 DO you remember the Fukushima (福島) nuclear accident that occurred four years ago when an earthquake triggered a tsunami? On the eve of its fourth anniversary, a Japanese (日本的) figure has voiced his concerns.

Oe’s remarks came a day after German Chancellor Angela Merkel (默克爾) said she had decided to end her country’s use of nuclear energy by 2022 because the Fukushima crisis convinced her of its risks.

Abe, at a joint news conference with Merkel, reiterated that Japan still needs nuclear power as a stable energy source and said it now has top-level safety standards based on lessons learned from the disaster.

Oe said he saw a stark contrast between the two leaders. “It was very symbolic,” he said. “Japanese politicians are not trying to change the situation but only keeping the status quo even after this massive nuclear accident, and even if we all know that yet another accident would simply wipe out Japan’s future.”

Oe, 80, said his life’s final work is to strive for a nuclear-free world. “We must not leave the problem of nuclear plants for the younger generation,” he said.