No deal with triads, says CY 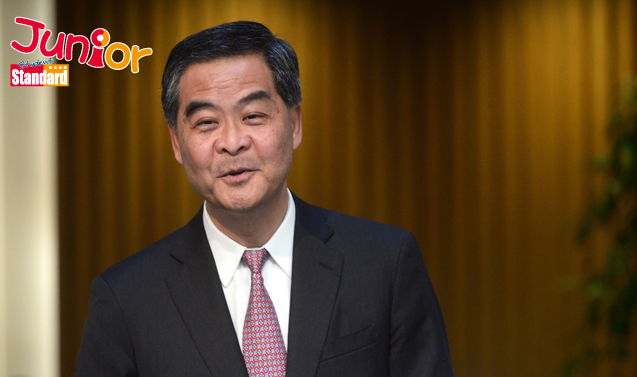 THE chief executive says the government does not cooperate with triads on countryside land use, and has not changed its target to build 17,000 public housing units in Yuen Long (元朗).

Leung Chun-ying (梁振英) was answering claims of collusion between the government and rural forces which lawmaker-elect Eddie Chu Hoi-dick (朱凱廸) said was behind a cut in flats to 4,000.

Leung’s comments came a day after Shap Pat Heung (十八鄉) Rural Committee chairman Leung Fuk-yuen (梁福元) said “cooperation” rather than “collusion” would better describe the relationship between the government, the business sector, rural forces and triads. The rural leader later backtracked, insisting that he did not talk about “cooperation with triads’.

The chief executive said: “I can assure that there were no compromises made between the government, the Housing Authority (房屋委員會) and any ‘black forces’ or triads on housing development.”

Chu had demanded the government explain the scaling down of 17,000 public housing units to about 4,000 at Wang Chau (橫洲), Yuen Long, in which a brownfield site owned by rural leader Tsang Shu-wo (曾樹和) was involved.

“The Housing Authority, after considering multiple factors, believed it is appropriate to build 4,000 flats in the first phase, but we are absolutely not giving up on the remaining 13,000 units.”

“The government has always stood firm and will not be soft-handed against triad activities,” he said.