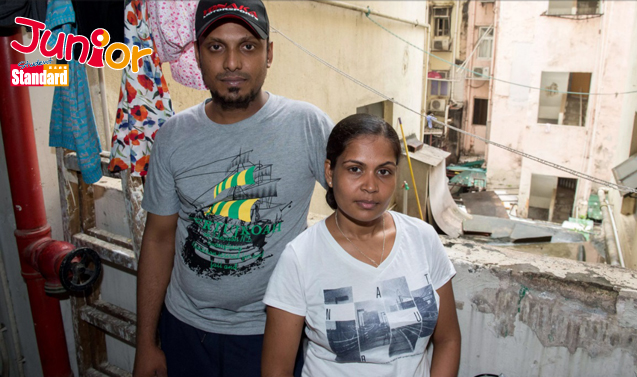 THE lawyer who helped American intelligence whistle-blower Edward Snowden (斯諾登) hide among asylum seekers in Hong Kong says he would like to see an independent international inquiry into the SAR’s treatment of them.

Canadian barrister Robert Tibbo (蒂博) said Hong Kong was failing to meet refugees’ basic needs, and their living conditions, as portrayed in Oliver Stone’smovie Snowden, will only embarrass the government.

The movie was scheduled to open in world cinemas on 16 September and in Hong Kong on 6 October. Tibbo said the conditions under which asylum seekers live in Hong Kong have been accurately portrayed in the film.

“Once the international community sees it, it is going to be extremely embarrassing for the government,” Tibbo said.

He said the United Nations Committee Against Torture (聯合國禁止酷刑委員會) had criticised Hong Kong last year over the threshold set for asylum seekers’ claims to succeed. Moreover, applicants were being forced to live in inhumane conditions because the government was failing to provide for their basic needs like food and housing, he said.

Victoria Wisniewski Otero, an advocacy and campaigns manager of Justice Centre Hong Kong, told The Standard: “Every time when I am abroad to give a talk about asylum seekers in Hong Kong, people are really shocked.”

Otero, who has not seen the movie, said some people were under the impression that refugees could eventually achieve residency in Hong Kong, but the centre’s cases have shown that many of them have been trapped here for decades.

“The most important thing is to let the public understand the situation [through the movie] and let the information get out there,” she said.

There are now more than 11,160 non-refoulement claims awaiting screening in Hong Kong.