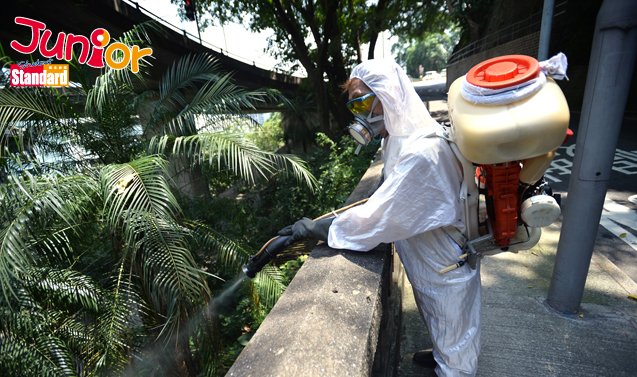 MOSQUITO control efforts will become rigorous, especially around Central (中環) after a third case of dengue fever spawned locally was discovered with a Mid-Levels (半山區) woman the victim.

The woman, 40, lives near the Zoological and Botanical Gardens (動植物公園) where two other women were believed to have been infected from a local source recently.

The trouble has come with Hong Kong experiencing rainy and humid weather. Such conditions are ideal for the carrier - Aedes albopictus, known as the Asian tiger mosquito - to breed.

“We’re working on the assumption there is a mosquito population in the Central area infected with the dengue fever virus. So we’ll step up mosquito control initiatives.”

He urged the public to take precautions as “we cannot assume that only Central is affected by dengue fever”.

The latest victim, who lives on Conduit Road (干德道), has been visiting Graham Street Market almost daily via the Central-Mid-Levels escalator and walkway system (中環至半山自動扶手電梯系統). She developed symptoms that included fever, headache, muscle pain, vomiting and diarrhoea from 27 August. She was admitted to Ruttonjee Hospital (律敦治醫院) two days later.