US scraps talks with Manila 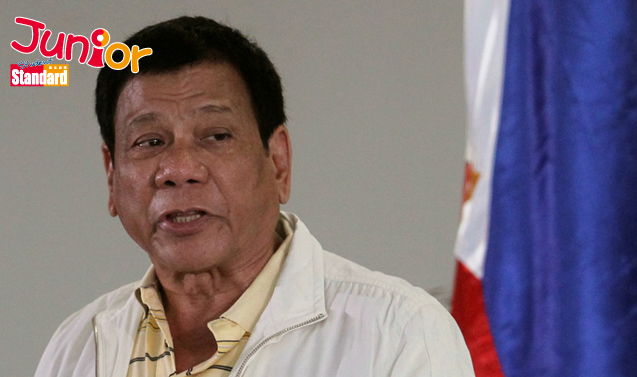 PHILIPPINE President Rodrigo Duterte (杜特爾特) has expressed regret that a tirade against Barack Obama (奧巴馬), in which he called the US leader a “son of a whore”, came across as a personal attack.

Longtime allies the United States and the Philippines (菲律賓) have seen relations plunge under a barrage of insults from Duterte since he came to office on 30 June.

The latest Duterte outburst came on 5 September before a planned meeting between the leaders at a regional summit in Vientiane (永珍), Laos (老撾).

Obama responded to the outburst by cancelling the talks, which prompted Duterte to offer a qualified expression of regret.

“While the immediate cause was my strong comments to certain press questions that elicited concern and distress, we also regret it came across as a personal attack on the US president,” Duterte said in a statement.

The 71-year-old former prosecutor was referring to his remarks in which he warned that he would not be lectured by Obama over concerns about a brutal war on drug crime that has claimed more than 2,400 lives in the Philippines.

“You must be respectful. Do not just throw away questions and statements. Son of a whore, I will curse you in that forum,” Duterte told reporters when asked about his message for Obama.

Duterte then used colourful language to describe their planned meeting if rights issues came up.

“We will be wallowing in the mud like pigs if you do that to me,” he said.

After Duterte’s about-turn, both sides said they would hold face-to-face talks at a later date.

The Philippine Department of Foreign Affairs (外交部) said Duterte had “a deep regard and affinity for President Obama”.

After insult, US and Clinton call for Duterte to show respect
http://goo.gl/4LAhPk