A golden moment in Rio Games 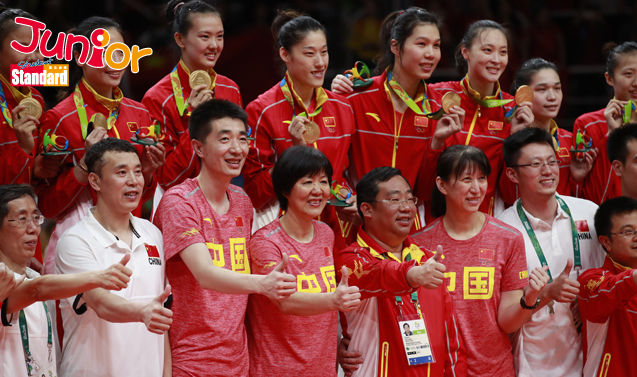 CHINA’S young women’s volleyball team overcame a surging Serbian (塞爾維亞) side on 21 August to take their country’s third Olympic (奧運會) gold medal in the sport and end a 12-year drought.

The United States won bronze after beating the Netherlands (荷蘭), a consolation for the world’s top-ranked team.

China, coached by former top player Jenny Lang Ping (郎平), last won the volleyball gold medal in Athens (雅典) in 2004. They took their first gold in Los Angeles (洛杉磯) in 1984 when Lang was in the team.

Entering the Games in Rio de Janeiro (里約熱內盧) as the world’s No 3 team, China overcame their surprising loss to the Netherlands and won against hosts Brazil (巴西) in the quarter-finals, before getting revenge on the Dutch in the semi-finals.

“Before the tournament we never thought we could win the gold,” Lang, who coached the United States to a silver medal in 2008, told reporters after the match.

“I think we were lucky. Our young players did not play well at the beginning, but they did at the important moment.”

Lang raised both arms in the air as player Yang Fangxu (楊方旭) sprinted over to embrace her. Many more hugs followed.