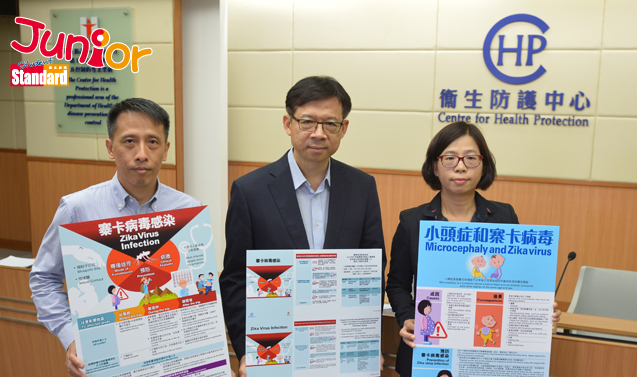 AN anti-mosquito campaign will be ramped up as Hong Kong faces the risk of an outbreak of mosquito-borne diseases as holidaymakers return from overseas, including the Rio Olympics (里約奧運).

The SAR’s top disease expert said the returning travellers may spread mosquito-borne diseases locally if they contract a virus after being bitten overseas.

The Hong Kong Observatory (香港天文台) has forecast that the weather will continue to be warm in the coming months with squally showers, creating a desirable breeding environment for mosquitoes, Leung warned.

He said travellers who had been to Zika-infected places should apply insect repellent for 21 days and practise safe sex for six months.

The Interdepartmental Coordinating Committee on Mosquito-borne Diseases (蚊傳疾病跨部門統籌委員會), formed by 17 departments, met on 11 August. Leung, who is chairman, said: “Since mid-July, we have recorded the first dengue fever and Japanese encephalitis cases this year suspected to be locally acquired.”

He said the authorities expect more travellers to return home from Zika-infected Brazil (巴西) and Southeast Asia (東南亞) where dengue viruses are prevalent, adding that all sectors should step up efforts on mosquito control.

Meanwhile, the second round of the intensive mosquito prevention and control exercise will be carried out by more than 20 government departments and groups from this month to October, said Lee Ming-wai (李明偉), pest control officer in charge at the Food and Environmental Hygiene Department (食物環境衞生署).

What you need to know about Zika virus in 2 minutes
https://goo.gl/meOkRm