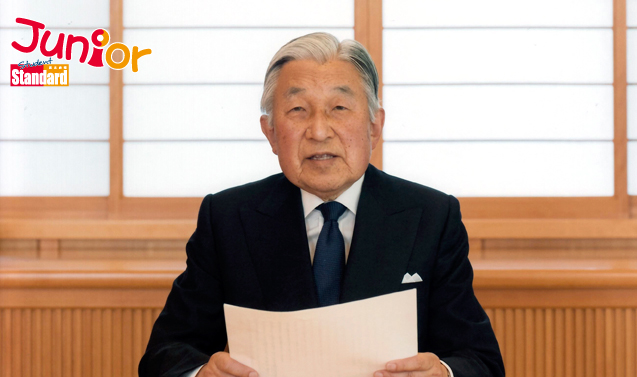 JAPAN’S Emperor Akihito (日本天皇明仁), 82, has set the stage for his abdication, saying his age and poor health mean he may no longer be able to carry out his duties.

“There are times when I feel various constraints such as in my physical fitness,” he said in a national address on 8 August. In a rapidly ageing society, he wanted to face “a time when the emperor too becomes advanced in age”.

Speculation about Akihito’s future emerged last month with reports that he told confidantes he would like to step down. That would see the first abdication from the Chrysanthemum Throne (菊花王朝) in two centuries.

“I am worried that it may become difficult for me to carry out my duties as the symbol of the state with my whole being as I have done until now,” he said.

Akihito has had surgery for prostate cancer and heart problems, though he said he currently enjoys good health.

He never used the word abdication and stressed he is legally prevented from commenting on the imperial system. But his intention was clear. “His majesty the emperor hints at abdication,” read a two-page extra edition of the big-selling Yomiuri Shimbun (讀賣新聞).

The comments will allow experts to begin creating a legal mechanism for a royal departure, which currently does not exist.

Prime Minister Shinzo Abe (安倍晉三) responded: “Considering the emperor’s duties as well as his age, we have to look at what we can do.”

Akihito stepping down would see him replaced by eldest son Crown Prince Naruhito, and a survey suggested 84 percent of people back the idea.

Public reaction to the speech was sympathetic.

The future of the Chrysanthemum Throne
http://goo.gl/GjUAc0