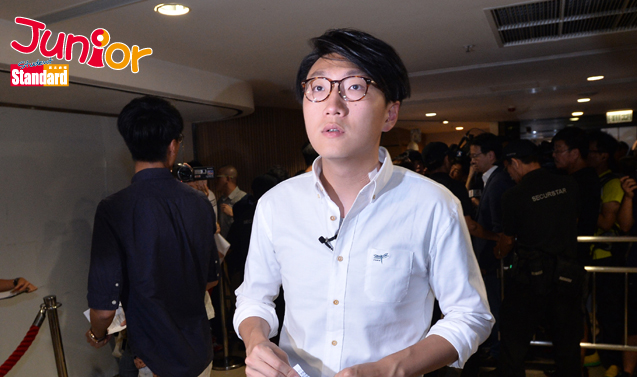 A RETURNING officer can decide on the sincerity of a candidate who promises to uphold the Basic Law (基本法), Secretary for Justice (律政司司長) Rimsky Yuen Kwok-keung (袁國強) said. He added that such a decision has a legal basis.

Yuen’s remarks on 3 August came in the wake of the controversial disqualification of Hong Kong Indigenous (本土民主前線) spokesman Edward Leung Tin-kei (梁天琦) who was considered a shoo-in at next month’s Legislative Council (立法會) election.

Yuen argued that returning officers have a statutory right to decide on nominations.

One consideration would be whether a candidate has signed a declaration affirming that he or she will uphold the Basic Law, he said, but a returning officer must consider other matters.

Leung was allowed to contest a New Territories East Legco by-election in February. But the justice chief said there was no question of double standards as Leung’s stance on independence was not clear at that time.

Yuen said investigative checks by returning officers also featured in past elections, but the media and public paid little attention to that work.

Leung hit back on Commercial Radio (商業電台) and referred to his February campaign: “I kept saying that independence was the way out for Hong Kong”.

The Hong Kong Indigenous spokesman also said he was sincere when he pledged to abandon his independence advocacy and to uphold the Basic Law because he had to follow the rules to become a Legco candidate.