Another accord on arrests 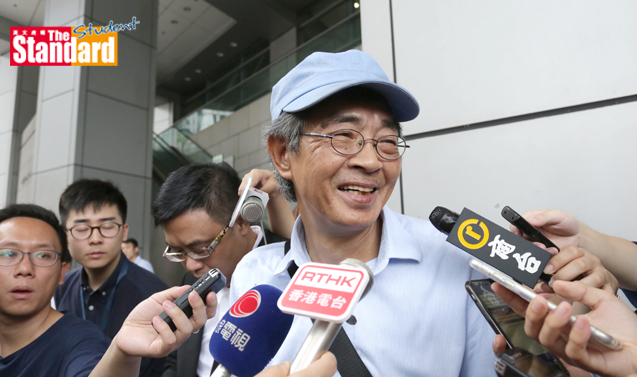 PRINCIPLES such as “acting in accordance with the law”, “embracing differences”, “identifying mutually beneficial grounds” and “protecting human rights” will be written into a new agreement on the reciprocal notification mechanism between Hong Kong and the mainland.

The principle of “one country, two systems” and “abide by the constitution” will also be included.

The agreement was reached in Shenzhen (深圳) during a second conference between SAR delegates and mainland officials after the arrest of five booksellers from Causeway Bay Books (銅鑼灣書店), followed by bookstore founder Lam Wing-kee (林榮基) talking about being taken into custody and his interrogation by a “Central Special Unit” (中央專案組).

Lai said improving the reciprocal notification mechanism on cross-border arrests could protect “the legal rights of people on both sides, to handle cases fairly, openly and transparently”.

The SAR administration issued a press release after the meeting to claim there had been a comprehensive, in-depth, candid and practical discussion on the mechanism.

During a first meeting in Beijing (北京) last month, SAR and mainland officials agreed to inform each other of arrests within 14 days of people going into criminal detention.

Under the original mechanism, the authorities on both side of the border should inform one another of the arrest of the other’s residents as soon as practicable.

Lam, however, was arrested in Shenzhen last October and taken to Ningbo (寧波).

But Hong Kong officials were not informed until the first round of talks in Beijing.